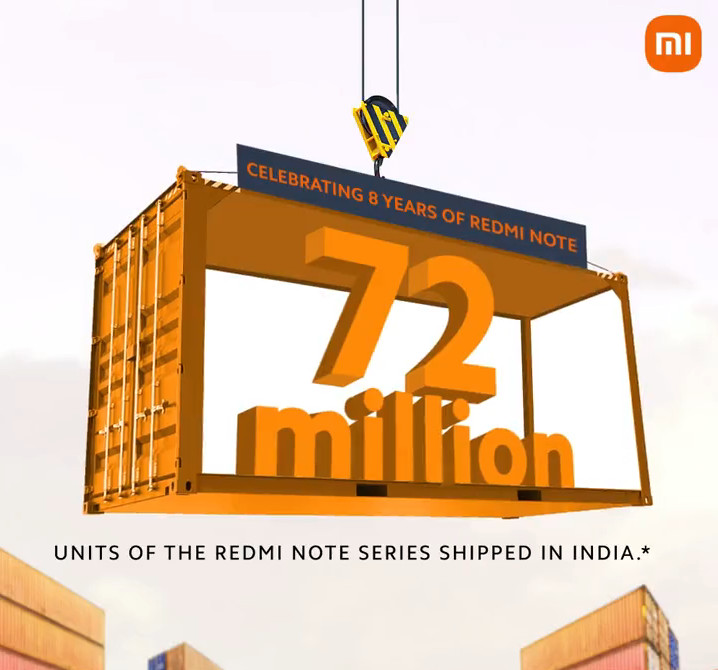 “Thank you, India, and our beloved Xiaomi Fans for being a part of the #RedmiNote journey. We couldn’t have done it without you!,” said the company.

Always believe something wonderful is about to happen & 🅸🆃 🅳🅸🅳!

A 🅱🅸🅶 thank you to 72 Million of you and everyone who made this possible.

There is #NoMiWithoutYou and we wouldn’t want it any other way!❤️

Xiaomi, with each new Redmi Note series, has focused on bringing upgrades that are truly a game changer in the segment. The most disruptive technology introduced in the Note series over the last 8 years is the camera. It was the first one to introduce 48MP in the budget segment and 64MP in the market, evolving to 108MP in the mid-premium segment which was the leading MP count then.

The Redmi Note 6 Pro was the first Note phone from Xiaomi to come with a notched display. With the Redmi Note 10 series, the company introduced an all-new EVOL design language.

The company is expected to launch the Note 12 series in the country soon.