According to 9to5Google, the upcoming capabilities for the Google Messages app will allow you to view voice memo transcripts, respond to messages with any emoji you like, and more. Earlier, Google Messages got replies, YouTube PiP, and emoji reactions features as well.

In Google Messages, whether you’re chatting over RCS or SMS/MMS, you can record a voice message to send to the other person. Sometimes a recording like that isn’t the best approach to getting your message across. For example, compressed audio can make your words hard to hear, or your recipient may not be able to listen to the message. 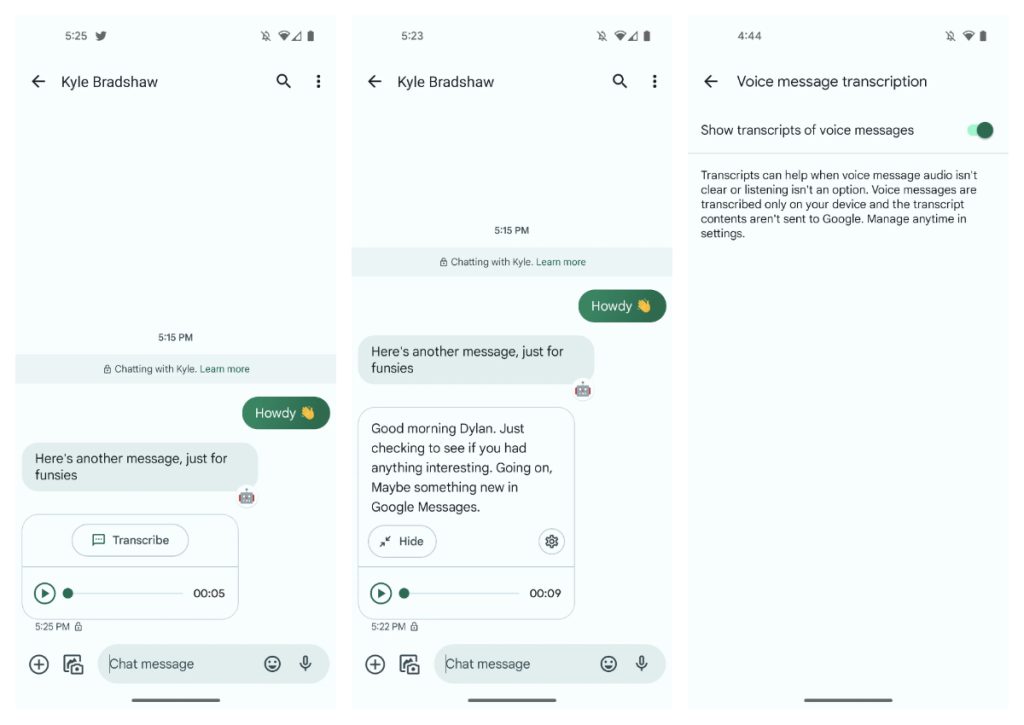 Google Messages will transcribe voice memos. In one version, new messages are automatically transcribed as they’re received. In another, you manually hit a “Transcribe” button, according to the report.

Google Messages seems to get transcripts mostly right, including automatically punctuating based on pauses and tone of voice. When pressing “Transcribe” on a 13-second clip, there’s a substantial delay compared to Google Assistant voice typing on the Pixel 6.

Google is also working to improve RCS chat replies. We spotted a beta feature in Google Messages that lets you react with any emoji. The thumbs-down emoji has been replaced with an “add emoji” indicator. 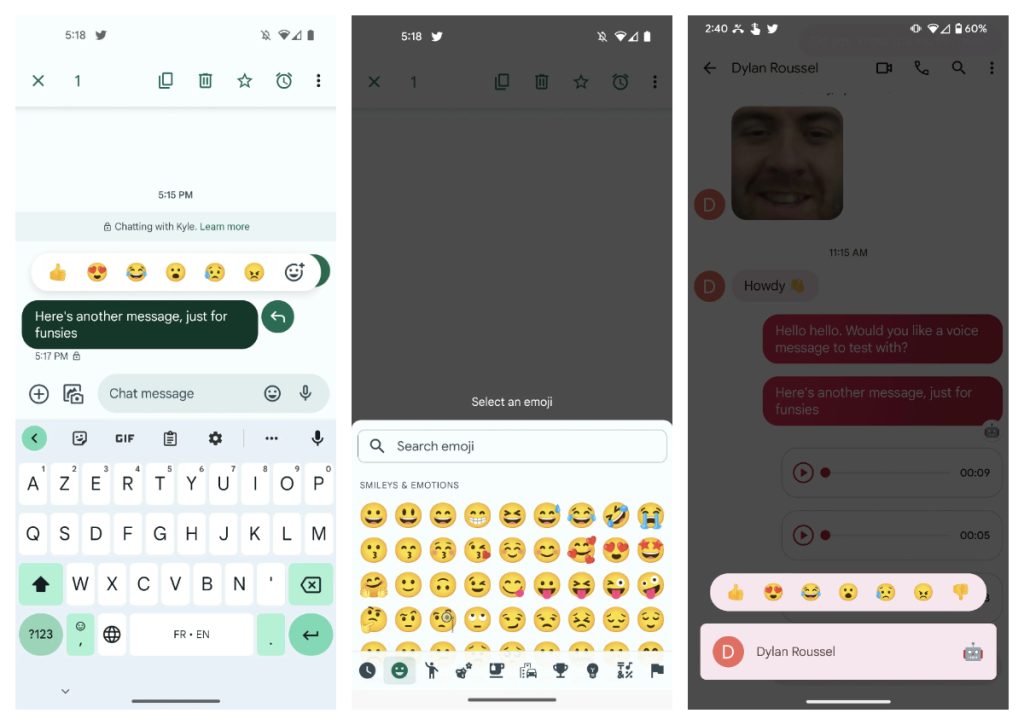 Tapping this button displays the full array of emoji on your Android phone, which can be used to react to a message. Better yet, personalized emoji reactions work on the receiving end despite enabling the option, as our team was able to give each other emoji reactions.

Google Messages’ photo gallery may be redesigned. The software gives a horizontally scrolling grid of your recent photographs and screenshots, plus the option to capture a photo on the go. 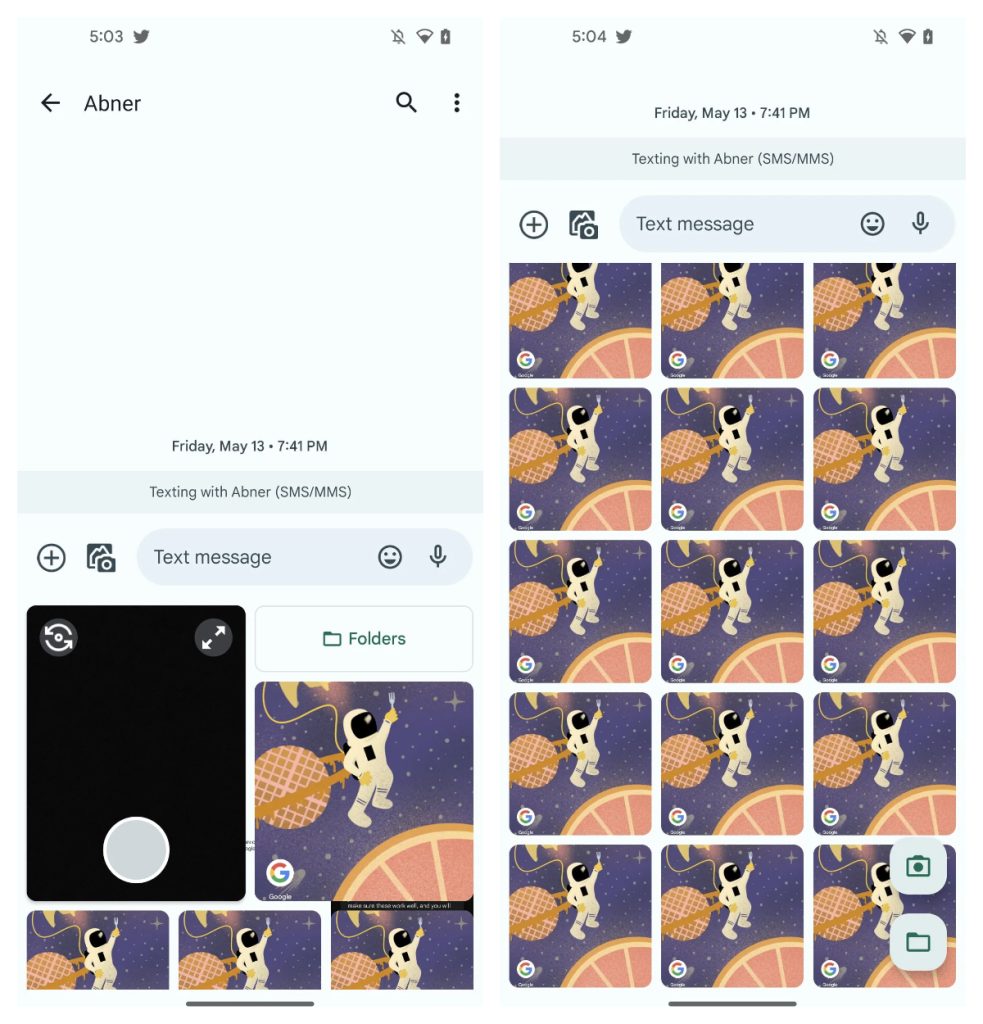 Users may now scroll vertically through photos, utilizing more of the screen as they do so. “Folders” replaces “Gallery” and gives a similar experience. Google Messages’ photo gallery revamp, especially its floating action buttons, fits Material You Design.