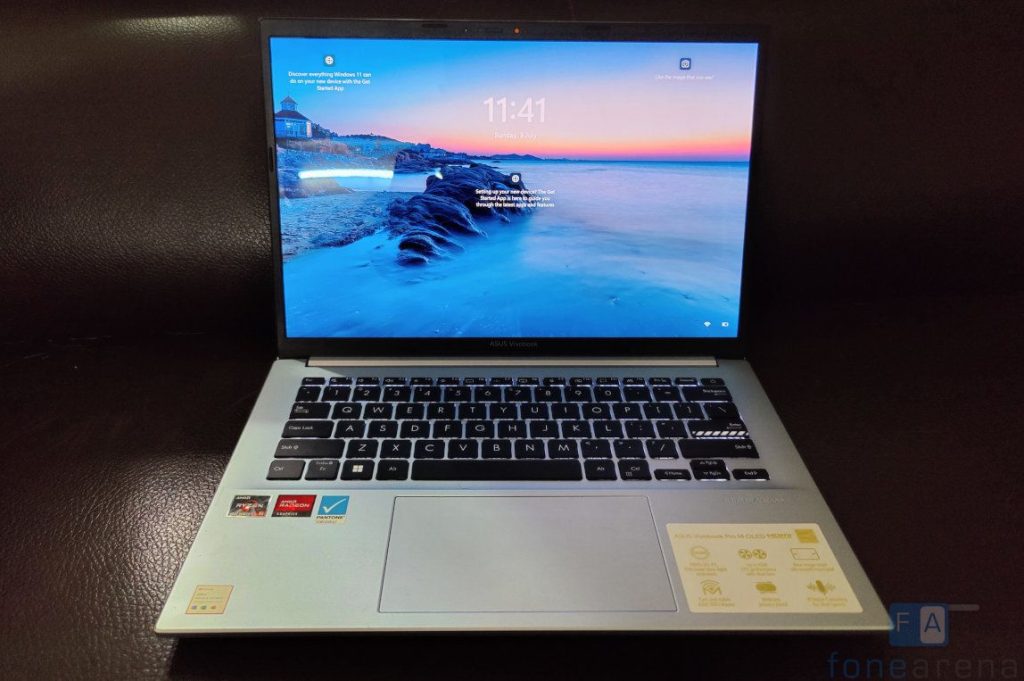 ASUS launched Vivobook Pro 14 OLED (M3400) in the Indian market at a starting price of Rs. 59,990 in June. Besides being affordable, the Vivobook series from ASUS is best known for its sleek and lightweight design. The brand has launched numerous models under its Vivobook series across price segments.

A couple of years back, ASUS started transitioning to OLED panels for most of its laptop series, including Vivobook, to improve the consumer experience. The Vivobook Pro 14 OLED targets those who want enough performance to handle day-to-day tasks while having extended battery life to last a workday.

According to ASUS , Vivobook Pro 14 OLED is the most practical mix of specs and features on a mid-premium notebook at a competitive price. Here is a review of the ASUS VivoBook Pro 14 OLED.

ASUS VivoBook Pro 14 OLED appears to be similar to the other models launched by the company of late. In terms of design, it has an aluminum lid with a badge-style ASUS Vivobook logo, a twill-patter Enter key, and a large trackpad for easy navigation and scrolling.

Talking about the ports, the VivoBook Pro 14 OLED has

To summarise, the latest Vivobook from the stable ASUS seems like an ultrabook with its compact 14-inch display and lightweight profile. It will give all the necessary computational capabilities on the go.

Talking about the display, the ASUS VivoBook Pro 14 OLED bestows a 14-inch display with a refresh rate of 90Hz. Also, the screen has an aspect ratio of 16:10, another notable aspect.

Furthermore, the screen brightness is set at 600 nits maximum, and there’s support for HDR and 100% DCI-P3 color space coverage, thereby providing a colorful and color-accurate panel.

The contrast ratio of the OLED display on the ASUS VivobookPro14 OLED is 1,000,000:1, which makes the blacks look blacker and other colors look punchier and not oversaturated. The additional features of the display are TÜV Rheinland-certified low blue light emissions, ASUS OLED burn-in prevention suite, and Dolby Vision.

On this front, the ASUS laptop is appreciable with a high-contrast color profile, thanks to its OLED panel that reproduces colors more accurately than LCD panels.

Regarding video watching, the ASUS Vivobook Pro 14 OLED delivered a good overall performance with both movies and web series. Moreover, this OLED display does not consume too much power. However, while you can use it for gaming, it is still not the best for this purpose as it does not have the most powerful GPU. 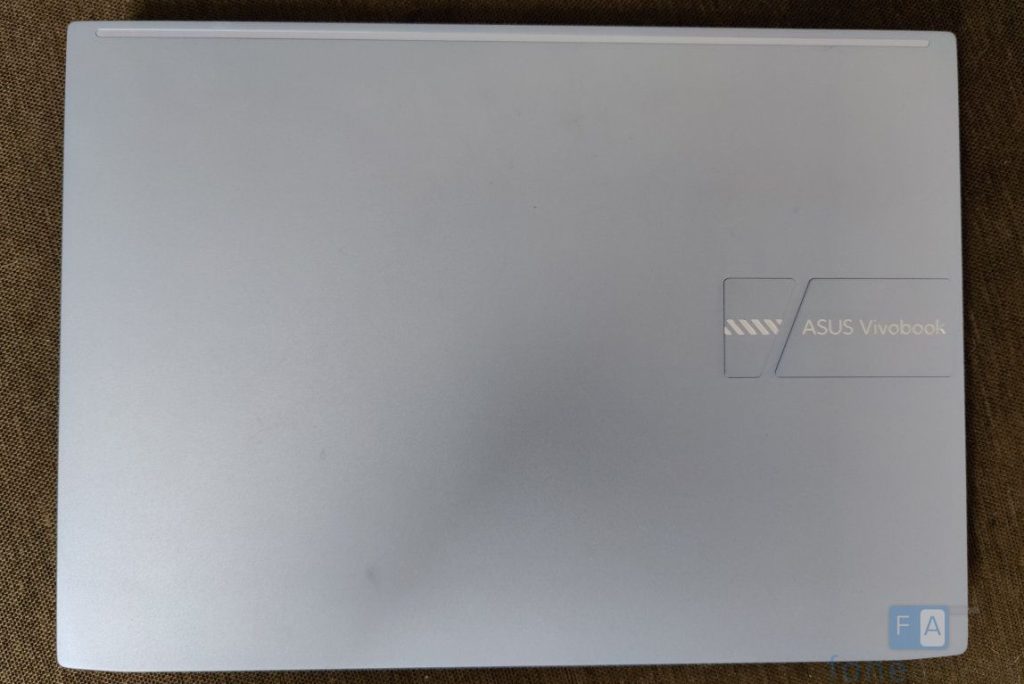 In terms of performance, the most important aspect of any device, the Vivobook Pro 14 OLED comes equipped with AMD’s Ryzen 5000 series of CPUs. The two variant includes AMD Ryzen 7 5800H and Ryzen 5 5600H.

We used the Ryzen 7 5800H variant with 16GB of RAM and a 512GB SSD. In our usage, the laptop performed well and easily handled whatever task we threw. We also tried opening and switching to several tabs on Chrome; well, it performed smoothly.

All models use the gaming-grade H variant of the CPU, which has an operating TDP of 45W, enabling peak performance to be sustained for longer, claims the company.

The laptop comes with AMD Radeon graphics, allowing you to run games such as PlayerUnknown’s Battlegrounds on low settings. 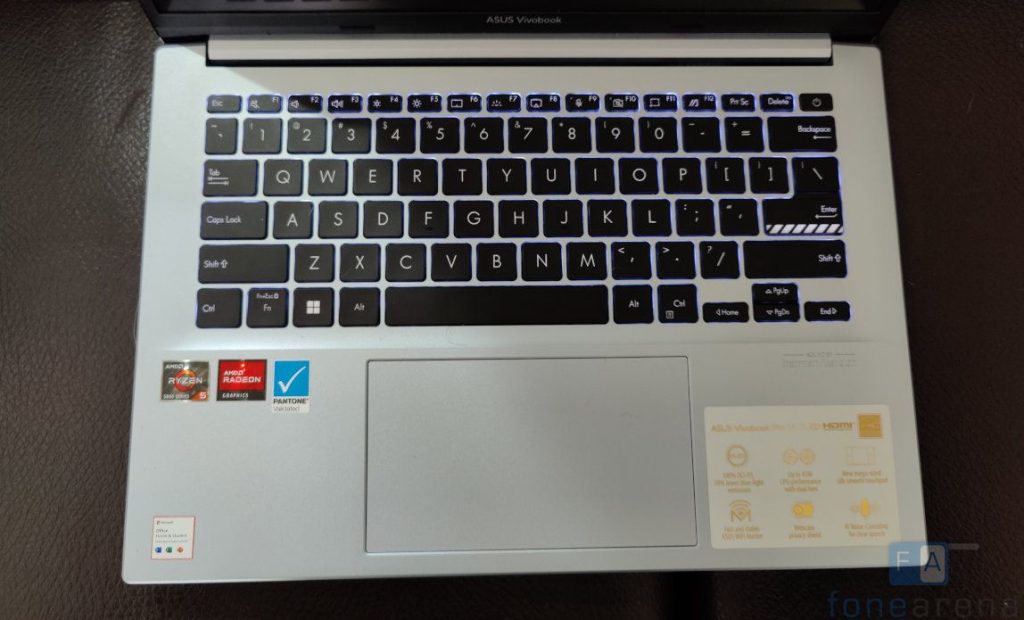 ASUS Vivobook Pro 14 OLED features a full-sized backlit keyboard. The keys on the keyboard have a good level of travel and are quite firm. Notably, the power button is embedded with an inbuilt fingerprint sensor for biometric authentication. In addition, it is also possible to set up Face Unlock on the laptop. Both these features were swift and did not take long to unlock the laptop.

Moving on to the trackpad, it has a few tricks to get it working as intended. The laptop misses out on a dedicated number key row, but it can be activated on the trackpad by hitting the button in the top right corner. Also, it works in the same way as a dedicated Numpad. However, I should mention that I accidentally hit the button that turned on the Numpad several times. 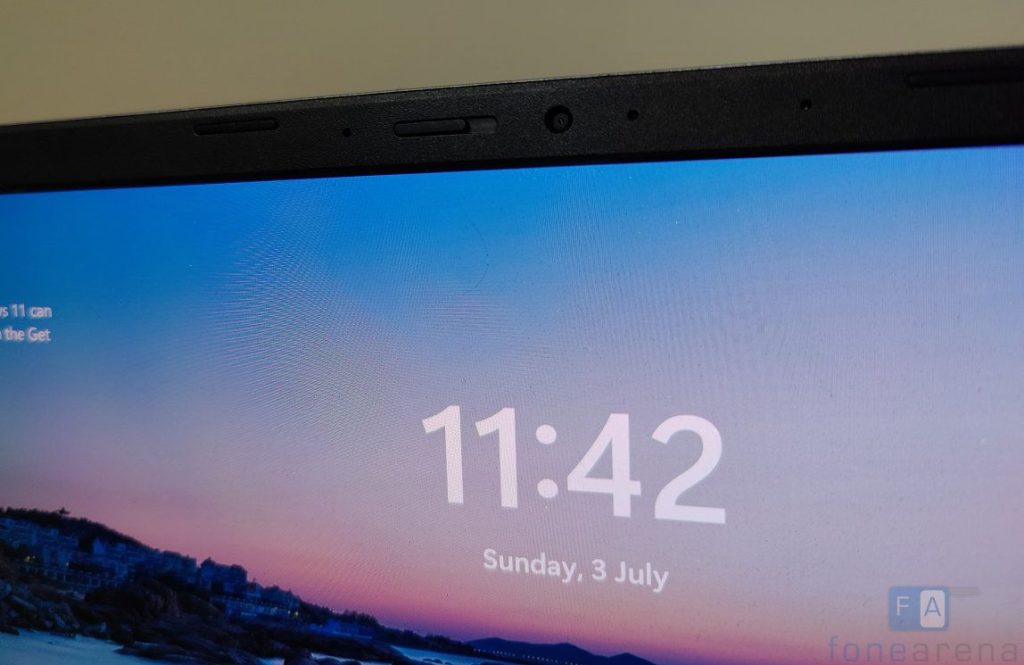 The ASUS Vivobook Pro 14 OLED features standard inbuilt speakers. Unfortunately, while the speaker sounds basic in many cases, it distorts much at loud volume. Talking about the webcam, the ASUS Vivobook Pro 14 OLED features a typical 720p camera alongside a privacy shutter. As usual, the webcam delivers a performance similar to many other laptops and works pretty well in standard lighting conditions. 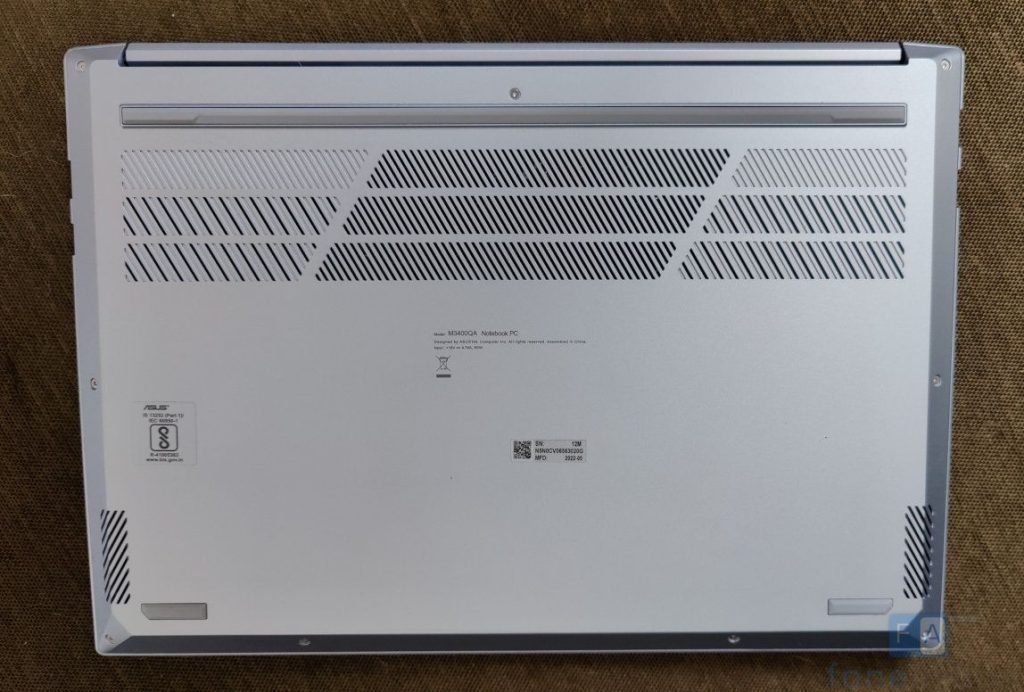 The Asus VivoBook Pro 14 OLED is equipped with a 50 Whrs battery that offers around 7 to 8 hours of battery life on a single charge. In addition, the laptop offers 90W fast charge support, allowing you to fully charge the device in less than 2 hours.

You can get it from ASUS Exclusive Stores, ROG Stores, Amazon, Croma, Vijay Sales and Reliance Digital.