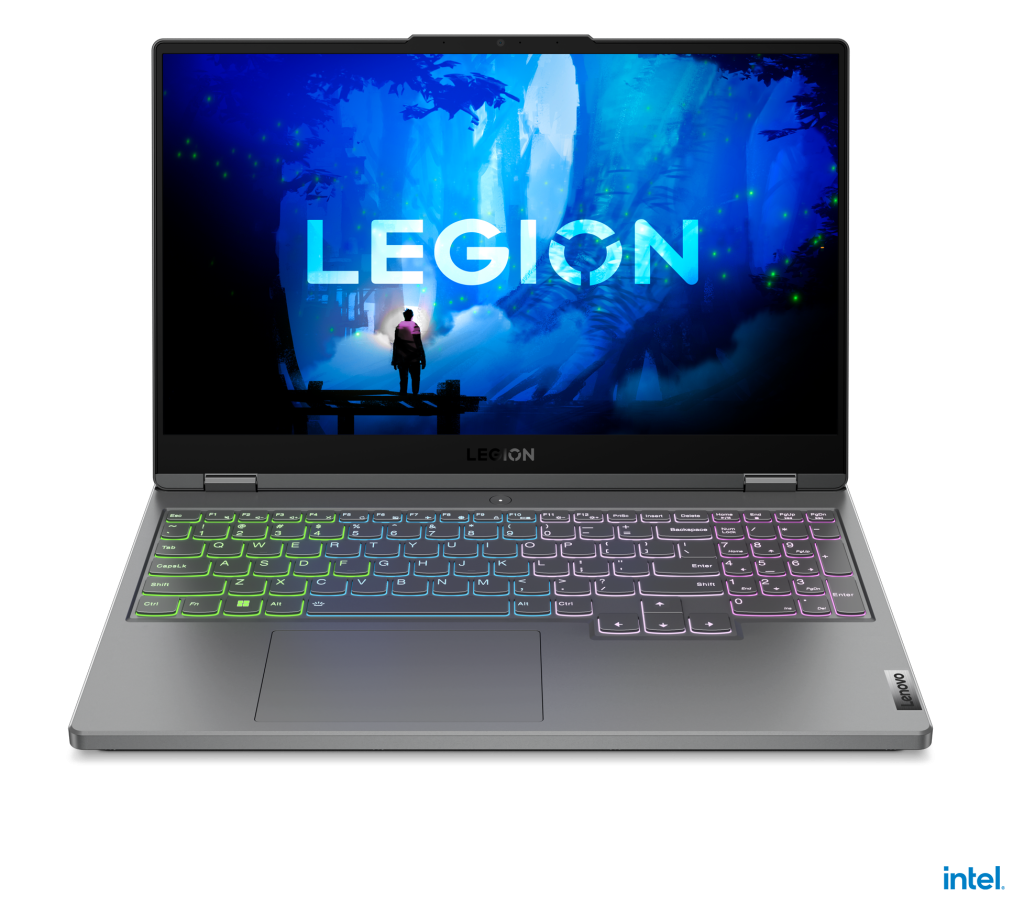 Counterpoint, a global research organization, has produced a report on global PC shipments, estimating that they declined 11.1 percent year-on-year in Q2 2022 to reach 71.2 million units, the greatest YoY decline since Q2 2013. Lenovo retained its global PC market leadership with a 24.4 percent share in Q2 2022. To recall, IDC reported a YoY decline of 15.3% for Q2 2022.

According to the research agency, the reduction was mostly caused by lockdowns in Shanghai and Kunshan, which interrupted the laptop supply chain and impacted major laptop ODMs such as Quanta, Compal, and Wistron. In April and May, important ODMs saw YoY decreases of 40% and 20%, respectively.

However, Counterpoint suggests that the production lines resumed normal operations and cleared order backlogs by mid-May. Furthermore, regional conflicts, as well as worldwide inflation, have contributed to a decline in demand and consumer expenditure.

Lenovo’s total shipments declined 12.7 percent year-on-year to 17.4 million units, owing mostly to sluggish consumer demand, which was partially offset by mild business orders. HP suffered the most among the top brands in Q2 2022, with a 27 percent YoY fall in shipments. Dell’s YoY drop was only 5%, attributable to a commercial/premium-focused product strategy. 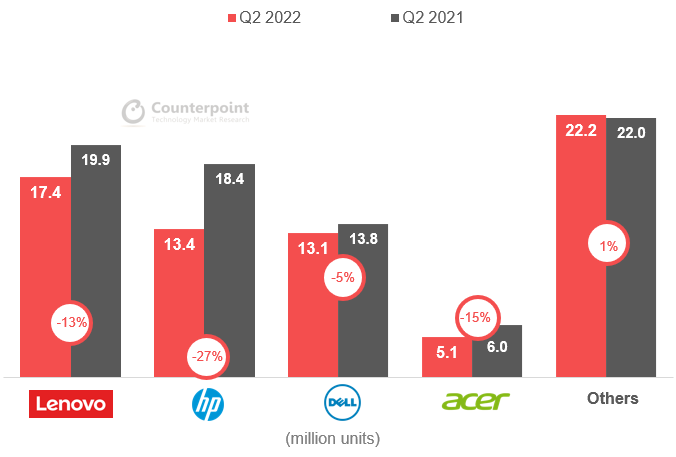 In Q2 2021, Acer had a 14.8 percent YoY shipment loss from a very high base, while Asus’ Q2 shipments were down 7.7 percent YoY due to its recent commercial market concentration. Apple’s Q2 shipments fell by 20% year-on-year, owing mostly to supply chain disruptions at Quanta’s production lines in China.

Counterpoint anticipates that these supply issues will be resolved in the second half of the year, as OEM inventories continues to rise in the face of sluggish consumer demand. So, we should expect a modest rebound, but the shipment decline may continue.