Twitter’s edit button feature was the talk of the town for quite some time. Now, Jane Manchun Wong, a reverse engineer, has discovered the latest development of this edit button within Twitter’s web app. 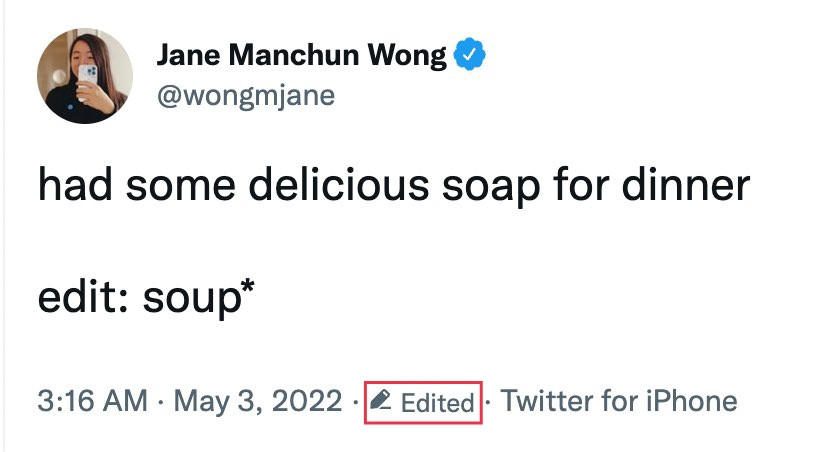 As per her tweet, users will be able to edit an existing tweet and generate a new one with fresh text using the Edit Tweet button. Twitter will display an “Edited” label (a pen-like symbol) at the bottom of the tweet, like Telegram does, to let users know the tweet has been modified from the original. Also, if you click on “Edited,” you’ll be transported to the tweet’s edit history. It is said that currently, users will have 30 minutes to make tweet edits.

It appears that her prior findings were correct, since you will still be able to access the older version of the tweet, from which you may switch to the updated version by choosing the option at the bottom that says “There’s a new version of the tweet.”

I just added “edit:” because for comedic effect and that’s how I personally use the edit feature on Reddit https://t.co/KdtJrXz7qz

So far, the above disclosures indicate that Twitter’s implementation of the Edit button is clumsy and misses the objective of having an edit button. We should wait for the company’s official rollout to learn more about this edit functionality and its final execution.