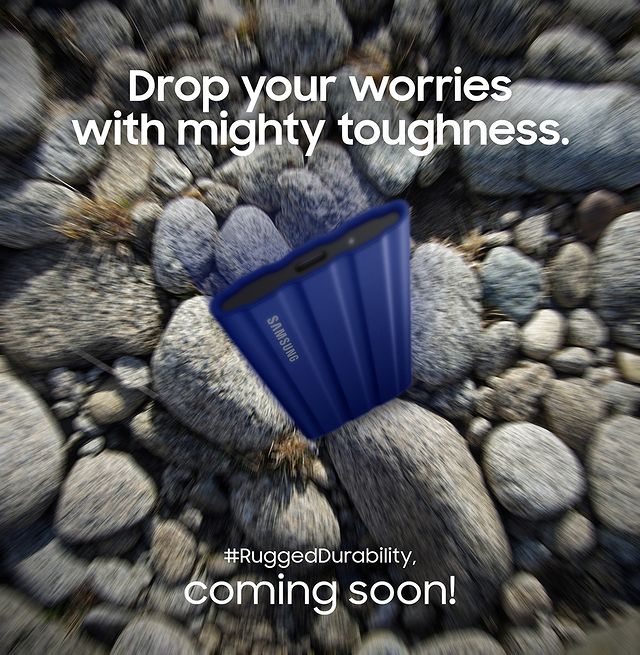 Samsung, a storage device pioneer, has teased a new upcoming SSD with the hashtags “Rugged Durability” and “Drop Resistant,” implying the launch of a rugged type SSD.

Along the drive’s stripped tough body, we could notice a type C port and a status LED. As for the durability, it may comply with the MIL-STD 810G standard, which verifies the drive’s durability.

It is reported to be a ruggedized version of the T7 SSD, which was released in the first part of 2020 and is already rather tough since it has a strong metal shell and can withstand shocks of up to 2 meters.

In the following days, we should learn more about this new rugged SSD.