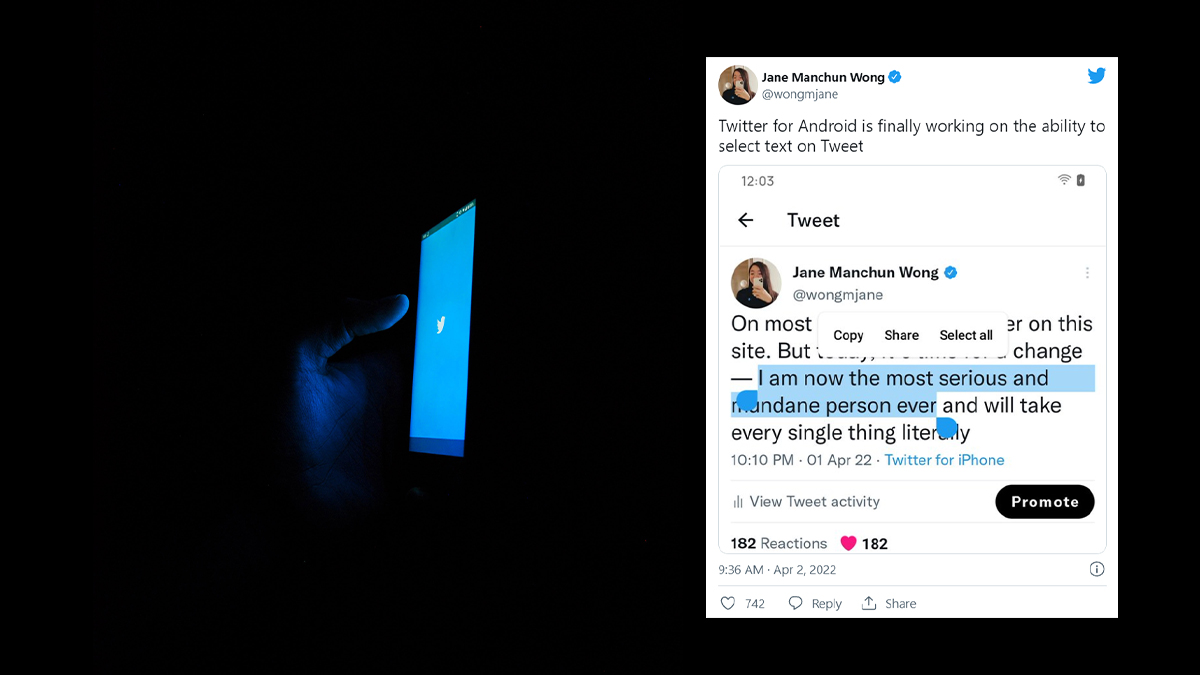 The Android version of Twitter’s app is rumored to be getting the ability to select text within tweets. The firm is working on bringing a text selection feature to its Android app, according to popular app reverse engineer Jane Manchun Wong’s latest tweet.

According to the tweet, the text selector could be added to Twitter’s Android app eventually. If you’re curious, the feature has been offered on Twitter’s iOS app for a while. Long-pressing the text, as shown below, will prompt you to copy the selected text, share the text, or select all of the text in the Twitter post.

The fact of the matter is that the firm is continuing to work to bring this useful feature to Android users. However, there is no estimated arrival time or when the company will release it, as it is still in development. This feature comes in handy if you want to select some part of a text in any tweet.

Recently, Twitter rolled out keyword search to direct messages on its app as well. For now, Android 11 users with compatible phones can use the OS’s own feature to select text from a Twitter post.