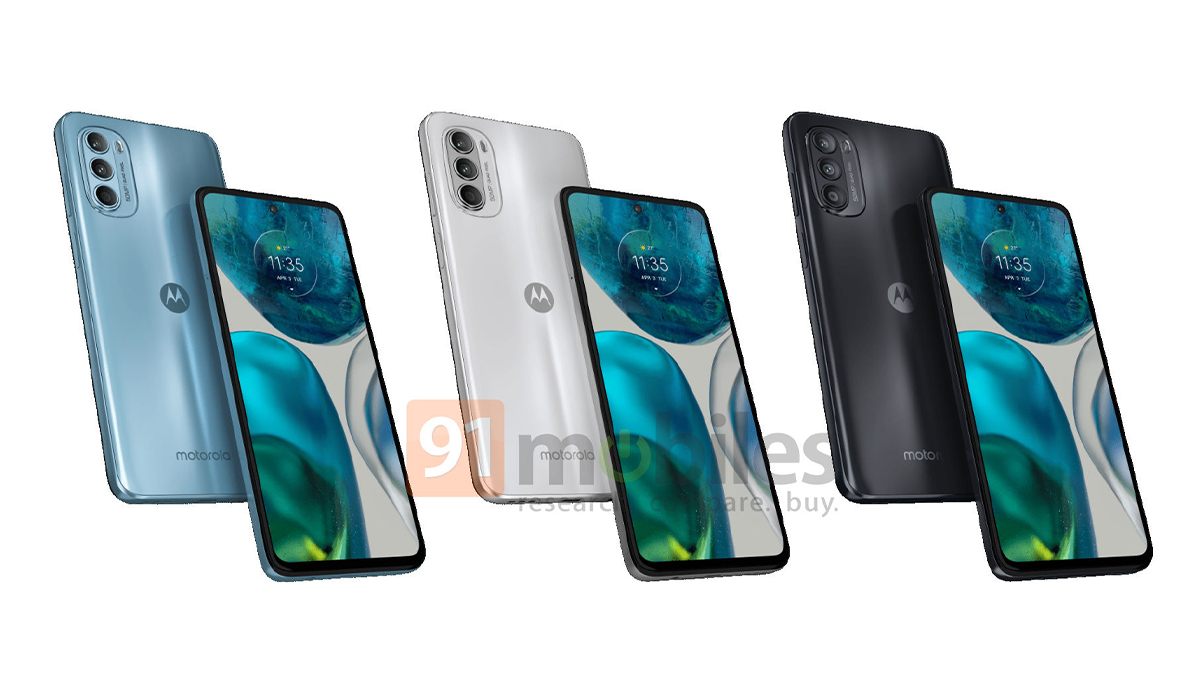 We saw renders of motorola’s future Edge Series line-up with speculated device specifications earlier, and now it’s the budget G series. It’s the Moto G22 this time, thanks to @evleaks in partnership with 91mobiles. Its predecessor, the Moto G51, was released in November 2021, less than six months ago.

The device will also be IP52 rated, with a triple camera setup consisting of a 50MP primary camera, an 8MP wide camera, and a 2MP depth camera, as well as a 16MP punch-hole-mounted selfie snapper. Going with the Moto G series, the Moto G52 will have a 5000mAh battery and, of course, Android 12 out of the box.

Going with the specs, the G52 ticks a lot of criteria, but it excludes 5G connectivity, as have prior models in its series. Motorola’s Moto G52 4G is likely to be one of two Moto G52 variants in the works. At this time, the price and release date are unconfirmed.