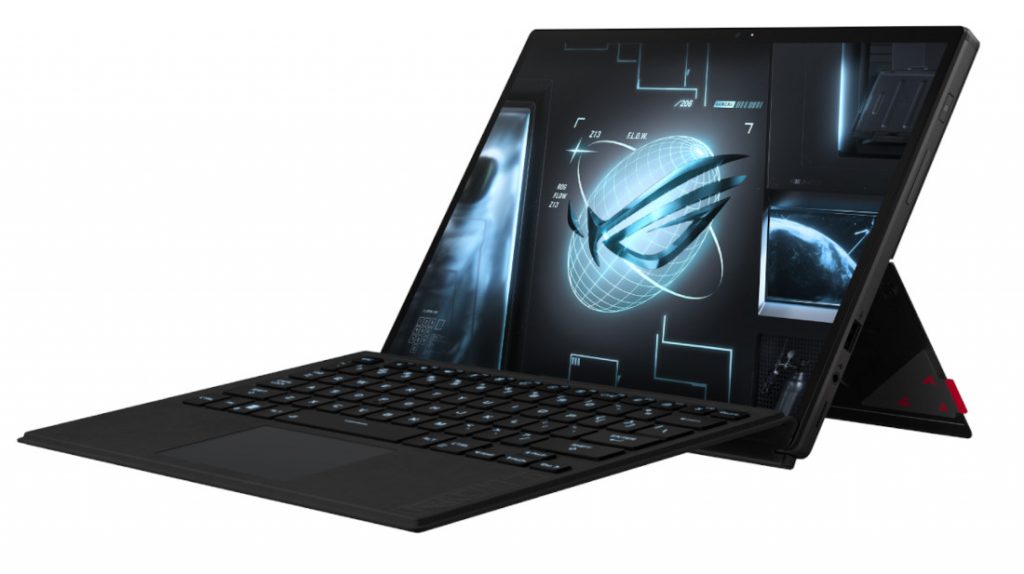 ASUS Republic of Gamers (ROG) this week at the CES 2022 announced ROG Flow Z13 gaming tablet, which the company claims to be the world’s most powerful gaming tablet. It runs Windows 11, is powered by up to a 14-core Intel Core i9-12900H CPU, an NVIDIA GeForce RTX 3050 Ti GPU, a MUX Switch and 5200 MHz LPDDR5 memory.

It is housed in a retro-futurist design, which the company says is inspired by the 20th-century Space Race, encompassing ROG’s vision for the future of gaming: ultimate portability.

The tablet comes in a 4K 60 Hz display with 85% DCI-P3 coverage, or a Full HD 120 Hz screen with 100% sRGB coverage, both with Dolby Vision, Corning Gorilla glass protection, Adaptive Sync, 500 nits of peak brightness, and Pantone validation. You can use a traditional mouse (using the included screen cover keyboard) to touch input or gamepads, and a built-in kickstand can be opened up to 170.

It is compatible with the XG Mobile family of external GPUs, so you can connect to a 2021 XG Mobile with an NVIDIA GeForce RTX 3080, or new XG Mobile family, which includes an AMD Radeon RX 6850M XT GPU. 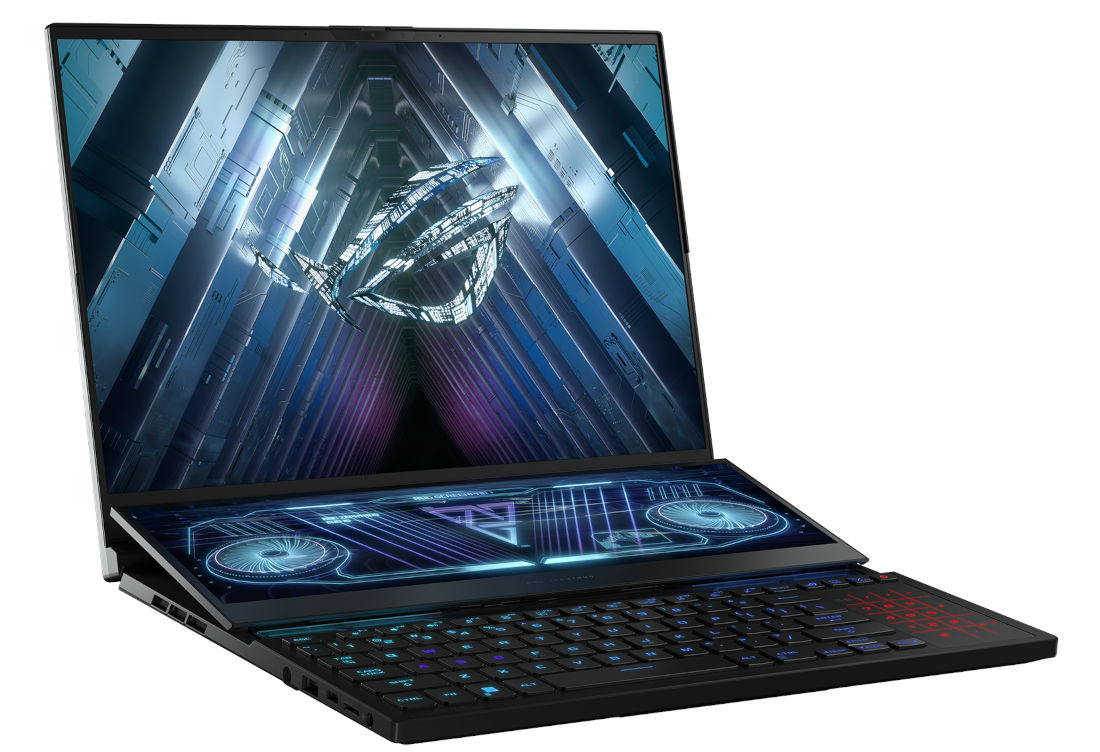 ASUS also introduced new ROG Zephyrus Duo 16 with new ROG Nebula HDR QHD display, 16:10 mini-LED panel with up to 165 Hz and is VESA DisplayHDR 1000 certified with a 100,000:1 contrast ratio. There is another option with ROG-exclusive display co-developed with BOE called a Dual Spec panel, which is able to switch between 4K 120 Hz and Full HD 240 Hz for greater control over resolution versus framerate. Pixel Acceleration Technology ensures lightning-fast upscaling in the Full HD mode, for crystal clear images at competitive framerates.

It is powered by an AMD Ryzen 9 6980HX CPU and an NVIDIA GeForce RTX 3080 Ti laptop GPU at 150 W with Dynamic Boost for high-end horsepower, upgraded Liquid Metal Conductonaut Extreme solution that decreases CPU temperatures by up to 15° C compared to traditional thermal pastes. The AAS Plus 2.0 air intake from the raised secondary screen creates 30% more airflow above the fans for keeping these top-tier components cool, and a MUX Switch ensures that users get every frame possible in competitive scenarios. The keyboard has 1.7 mm of travel and per-key RGB, six speakers with Dual Force-Cancelling Woofers, Dolby Atmos, and Hi-Res audio.

It comes in Eclipse Gray or Moonlight White, featuring a Prismatic Logo nameplate with a holographic, reflective hue. The lid is also covered with 14,969 precision CNC milled holes with 1,449 mini LEDs on models with the now-iconic AniMe Matrix display — more LEDs than last year’s model to deliver new animation possibilities.

The Zephyrus G14 is also one of the first ROG laptops to feature ROG’s brand-new Nebula display, which offers 120 Hz at QHD with 500 nits of peak brightness, 100% coverage of the DCI-P3 color gamut, and a 3 ms response time — with Dolby Vision, Adaptive Sync, and Pantone validation for a stunning, color-accurate experience that minimizes stuttering and tearing. Other features include Dolby Atmos, a 3D mic array with two-way AI noise-canceling, and Wi-Fi 6E.