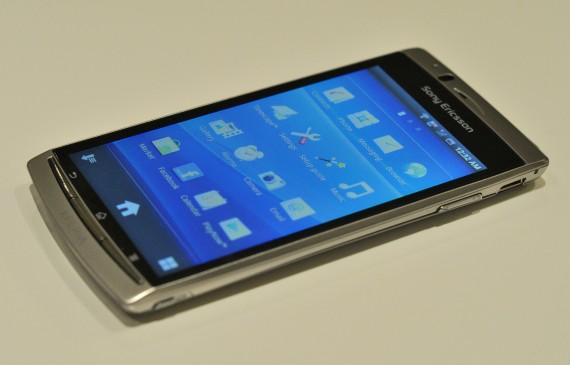 The Sony Ericsson XPERIA Arc is the Japanese-Swedish mobile phone manufacturer’s latest assault on the smartphone market. Will they succeed when other manufacturers are upping their game?

Unlike Samsung, Motorola, HTC and LG, Sony Ericsson has decided to go with a different route to their new flagship Android smartphone. While every Android manufacturer has unveiled ever more powerful flagships that runs on dual-core processors, have the latest GPU and even including features like 3D cameras and displays, the XPERIA Arc’s specifications is modestly ‘last year’.

The XPERIA Arc runs on the Qualcomm MSM 8255 Snapdragon System-on-Chip featuring a single core 1 GHz Scorpion CPU and Adreno 205 GPU backed up by 512MB RAM. While this may seem inadequate in today’s world of dual-core phones, I actually found the XPERIA Arc to be a great performer. Sony Ericsson has obviously learned their lesson from the original XPERIA X10. They got rid of Mediascape UI, but retained Timescape UI and widgets. Obviously the fact that it runs on the latest Android optimised for smartphone, version 2.3 Gingerbread, helped. 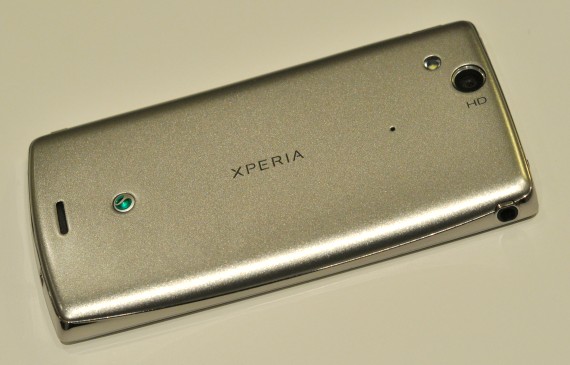 I found the Overview mode on the Arc’s homescreen to be very useful. Normally on a regular Android homescreen when you pinch to zoom the homescreen, it brings up a screen with an overview of all the installed tiles. On the Arc (as well as the Play, Neo and Pro), doing so brings up a new tile displaying all the widgets currently installed across all five homescreen tiles. This makes it much easier for the user to quickly locate a widget.

Sony Ericsson has gone to great lengths into designing the XPERIA Arc. It looks stunning. The design retains elements seen from the XPERIA X10, such as the three hardware keys. In a time when manufacturers are moving towards using capacitive soft keys, it is a relief that there is at least one manufacturer who recognises the advantage of having hardware keys. The keys are thin in shape, but I did not find them an issue.

Above the keys you will find a large 4.2″ LED-backlit LCD capacitive touchscreen display with 480 x 854 resolution, apparently powered by Sony Mobile BRAVIA engine, a software that boost the colour saturation and contrast of whatever is displayed on the screen. The display is a joy to use. While it doesn’t have the same pixel density as the HTC Sensation, images are sharp and the resolution is still good enough for comfortable web browsing. 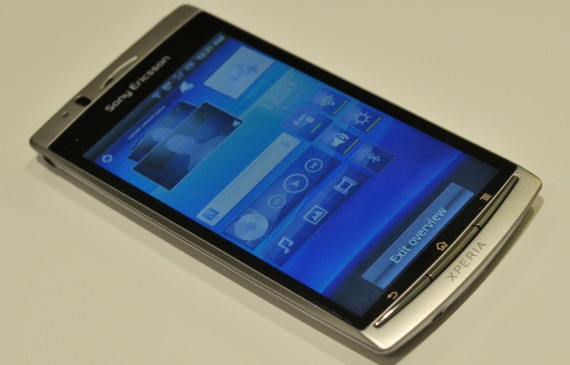 Powering the Arc is a massive 1500 mAh battery. Quite how Sony Ericsson got a battery that big into a phone that slim (8.7mm at the thinnest point), I do not know, but they did. Sony Ericsson claims that the battery is able to provide 430 hours of stand by time. Whether this is true will depend on the user’s own phone habits. The microSD and SIM slot can be found by the battery. These are not hot-swappable. A 8GB card is included in the sales package.

The Arc felt great in my palms due to the curved design. The light weight is all thanks to Sony Ericsson’s decision to use plastic. Despite the all plastic design, the Arc remained solid and well built. The tiny shutter key isn’t optimally placed, but at least there’s one. Users may find issues with the placement of the camera near the top edge of the back. There isn’t a front camera so forget video calling.

Having been using the Arc for a day now, I am already considering getting one for my own personal use. It feels quicker and easier to use than my similarly spec’ed Motorola Milestone 2. The larger screen helped, and even despite playing with the HTC Sensation yesterday, I appreciate the slimmer design of the Arc more.