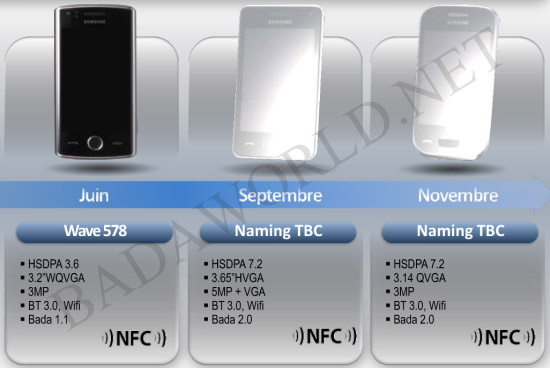 It’s been nearly a year since Samsung launched their Bada OS for mobile phones starting with the Samsung S8500 Wave smartphone. Samsung have now announced their plans to launch the new 2.0 version of the Bada OS in July this year.

Samsung is the current leader in Android phone sales and they are also looking to capture more of the market share with newer Wave models running the Bada OS.

There are three Wave models planned for release this year. The first model- S5780 Wave 578 was launched running Bada OS 1.1. The other two models in the pipeline that are yet to be named will run Bada OS 2.0.

One model will be launched in September and will have:

The other one will be launched in November and will have: