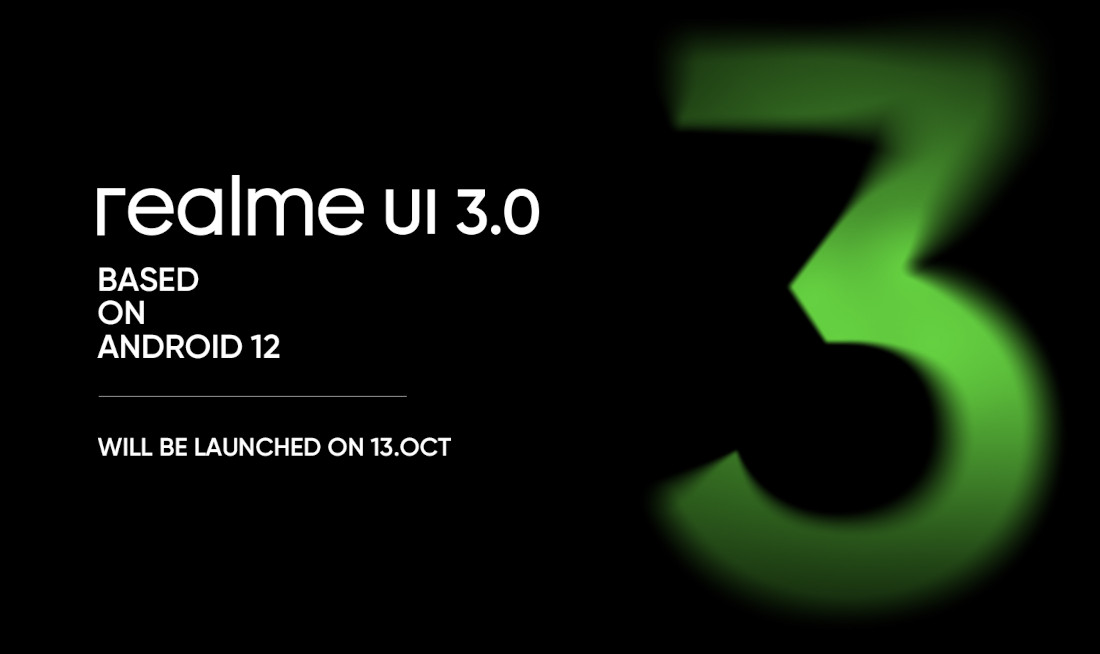 realme has confirmed that it will launch realme UI 3.0, the next major OS update based on Android 12 will be introduced globally on October 13, a couple of days after the launch of OPPO’s ColorOS 12. We still don’t have the list of features, but we can expect design changes for icons, wallpapers, and layouts, and new functions related to media output and navigation. It should also include Android 12’s privacy features.

It also warns that some third-party apps are not compatible with Android 12, and said that the phone must have 10GB internal storage space. The quota is only for 700 people.

We should know all the features in realme UI 3.0 and the list of devices that are eligible to get the update, and possible the update time frame for early access in India.