A new company called Bluestacks have recently developed a software solution, which will allows Windows users to run Android apps on their Windows based PCs. 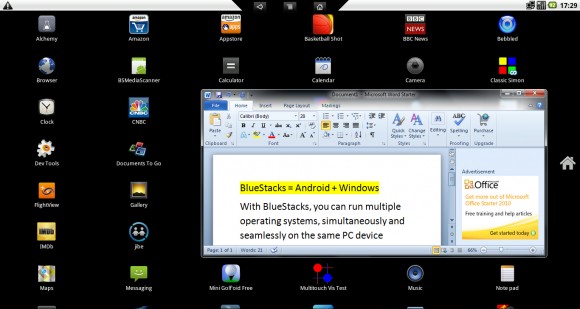 BlueStacks uses all of Windows utilities and drivers, which will allow you to print stuff directly from the Android apps. If you are using the Skype for Android app, then it will use the Windows drivers to handle the audio or video calls. Sadly, Android Market won’t be available on the BlueStacks, thanks to the Google’s restrictions. But you can download Android apps from the recently launched Amazon App store.

BlueStacks is publicly not available right now, but the company is expected to releasing their software for download later this year. Are you excited to try your favorite Android app on your Windows PC? Let us know your views in the comments below.