Welcome to our interview series here on Fone Arena, something we wanted to do for quite some time now. We invite you to (virtually) meet the team working behind the scenes, we invite you to meet the Fone Arena Team! Each week I will conduct a new interview with one of our authors, in which you’ll get to know us a bit better.

This week I’d like you to meet Jon Choo from the UK. I’ve had the pleasure to meet Jon at the Ovi “good things” trip, and then again at Nokia World last year in London. A true tech enthusiast and very nice guy, enjoy his interview! 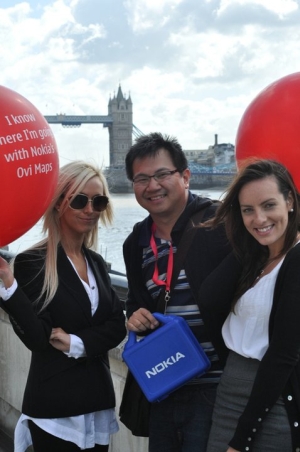 Who are you? Introduce yourself!

Hi, I am Jon Choo. I grew up in Malaysia but spent all my adult life in Britain. I currently live near London. I enjoy fell walking, watching films, video gaming, camping, photography, attending live music, socialising and doing cool stuff like flash mobs. I am also a twitter addict – you can find me on @jonchoo

Tell us a little bit about your “mobile career”. What did you do prior to Fone Arena?

Prior to joining Fone Arena, I ran my own blog (jonchoo.blogspot.com). In fact I still do. I started blogging about technology and video games in general since 2003 – Palm OS and Pocket PC were my main interests back then. I’ve also contributed to www.palminfocenter.com in the past. Before that I hung around various IRC channels and forums relating to Palm OS.

I have always been fascinated by mobile technology all the way from my first phone, a Motorola StarTac 75; first PDA, a Palm Vx; and finally to my first smartphone, the HTC Magician.

Which Device(s) do you currently use?

As far as phones goes I currently use a Nokia N8 and a Motorola Milestone 2, which I recently reviewed here on Fona Arena. I currently use a ThinkPad X61 (looking into getting a ThinkPad X220 in the future) as my main and only computer, and shoot with a Nikon D90 and Canon S90. In addition to those I also have a PS3, PSP, Wii and DS Lite. Finally I also have a Three MiFi (Huawei E585) mobile wireless router.

Your favourite OS at the moment?

I have none. I still use Symbian out of habit, and because I’ve made several investments in applications. I would move to Android but have never warmed to the UI. I have high hopes for Windows Phone 7 – the UX is there, Microsoft just need to get those missing features for power users. Hopefully this is an area Nokia can help.

What was the coolest thing that ever happened to you, involving mobile phones?

Getting to attend events and meeting influential people. Some of these people are no longer ‘contacts’ as I consider them as friends. But if I have to name one, it was Conspiracy for Good (http://www.conspiracyforgood.com), held in London during the summer of 2010. The augmented reality gaming (ARG) event combined two of my favourite subjects – mobile technology and gaming – into a form of offline and online interactive story telling. Getting to hang out with Tim Kring, the creator of Heroes, was also pretty memorable.

Where do you see mobile phones in the future?

In the future there would be no mobile phones. Everything will be connected rendering the concept of a traditional mobile phone/smartphone irrelevant.

As for the immediate future, manufacturers will increasingly try to out-spec each other with features like projectors and 3D displays we do not need. We are already seeing that happen. There is a reason why I am not rushing to reach my wallet for any of the new phones announced recently at MWC.

And last but not least, how would your dream device look like?

This is a tough question, if only because my dream device would be based on current technology limitation. In terms of design I would like to see Nokia work on their Nokia Aeon concept.

At this point in life, I just want something that delivers a great user experience, be always connected so I can be in touch with people who matters to me and yet maintain a great battery life. There is far too much emphasis on raw specs and features we do not need and solutions to problems we do not have. But who knows what the future will bring? A fully functional Tricorder perhaps? 😀