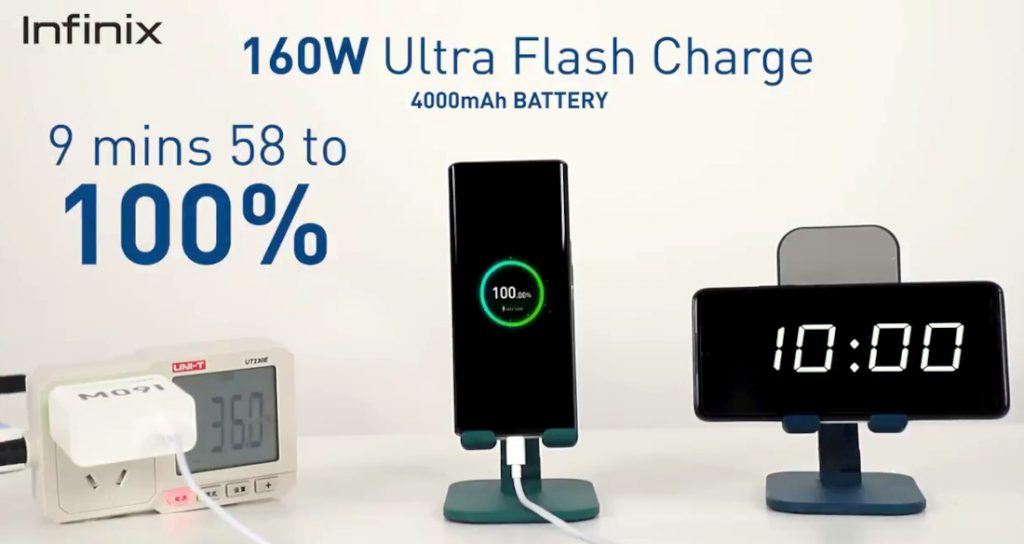 After rumours, Infinix today introduced 160W Ultra Flash Charge technology that can charge a phone in less than 10 minutes. Infinix has demoed the fast charging technology in an Infinix Concept Phone 2021 that shows 4,000 mAh battery on the phone being charged up to 11% in 1 minute, 58% in 5 minutes and 100% in 10 minutes.

Tested. Refined. Perfected. This is how we roll at Infinix. 🚀#Infinix #InfinixConceptPhone pic.twitter.com/WVJMzXOKsH

The company says that the temperature doesn’t cross 40ºC since it has 20 temperature sensors. The demo shows that temperature remains 37.3ºC throughout the demo. 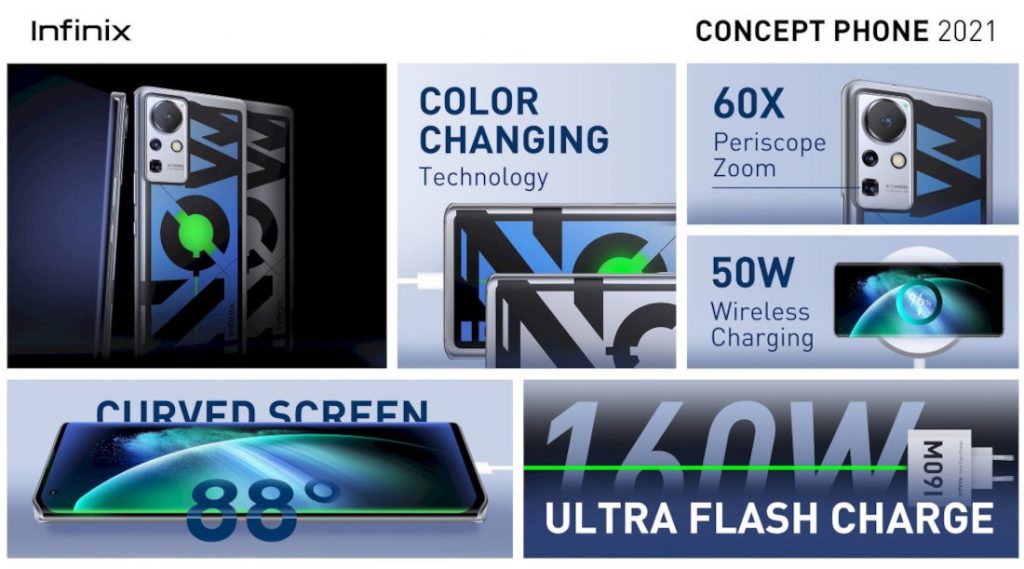 The Infinix Concept Phone 2021 has a 6.67-inch FHD+ AMOLED screen with 88º curvature, so the buttons are moved to the back edge of the phone. The NOW text on the back has electrochromic and electroluminescent color changing technology and the “O” has a green coloured breathing light that pulses while the phone is charging.

The phone has a MediaTek Helio G95 SoC with 8GB of RAM, 128GB of strange, 64MP rear, 8MP ultra-wide and a 8MP periscope camera with up to 60X zoom. There is a 32MP camera on the front and comes with an in-display fingerprint scanner. It will also support 50W wireless charging.

Infinix did not reveal when we can expect the these technologies in a commercial phone.