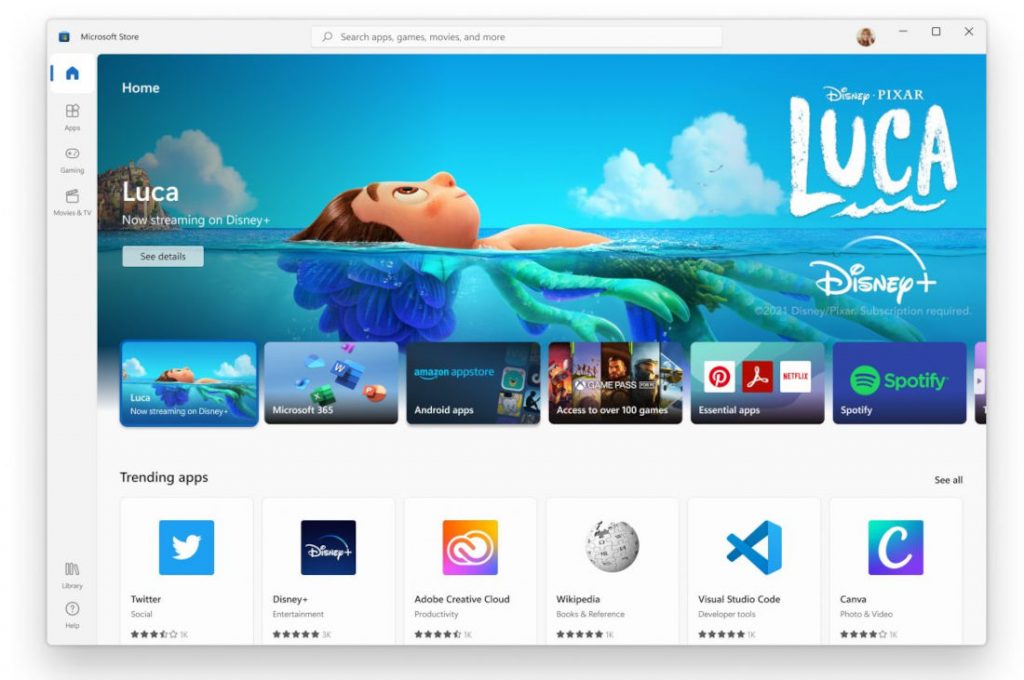 At the Windows 11 event, Microsot also introduced  new Microsoft Store coming soon to both Windows 11 and Windows 10 that will let users discover and install the best apps, games, movies and even special offers – like unique movie discounts for Xbox Game Pass members. Several apps, including Adobe Creative Cloud, Disney+, TikTok, Zoom, and some of own apps like Microsoft Teams, Visual Studio, and even Notepad and Paint will be coming to the Microsoft Store on Windows.

Early preview of the new Microsoft Store will be available in the upcoming Windows Insider build releasing next week.