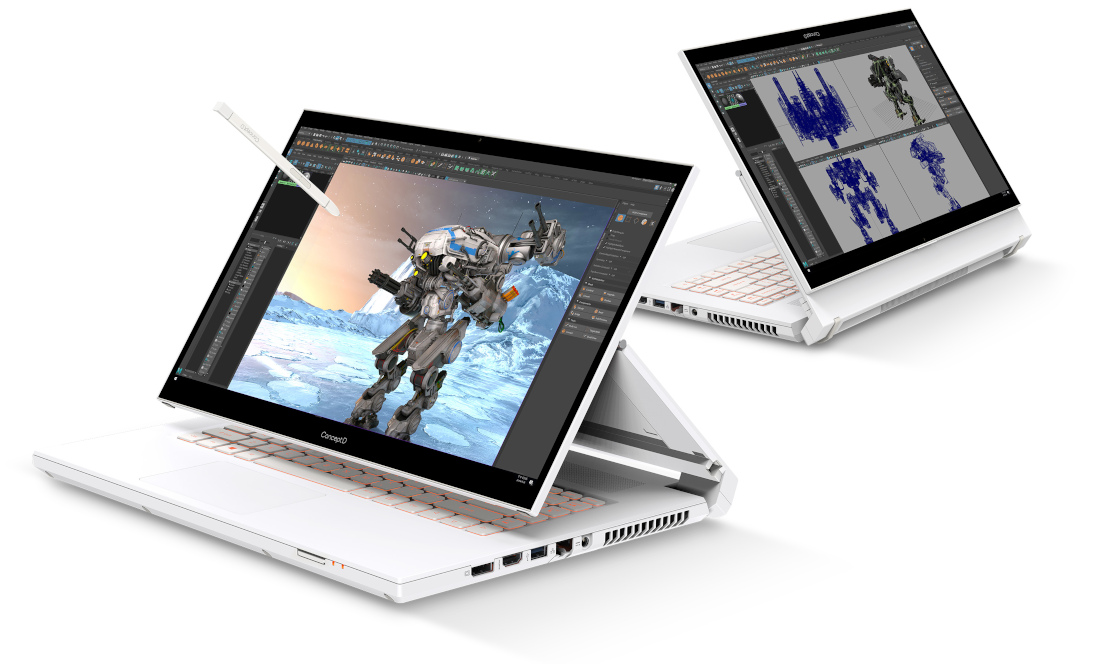 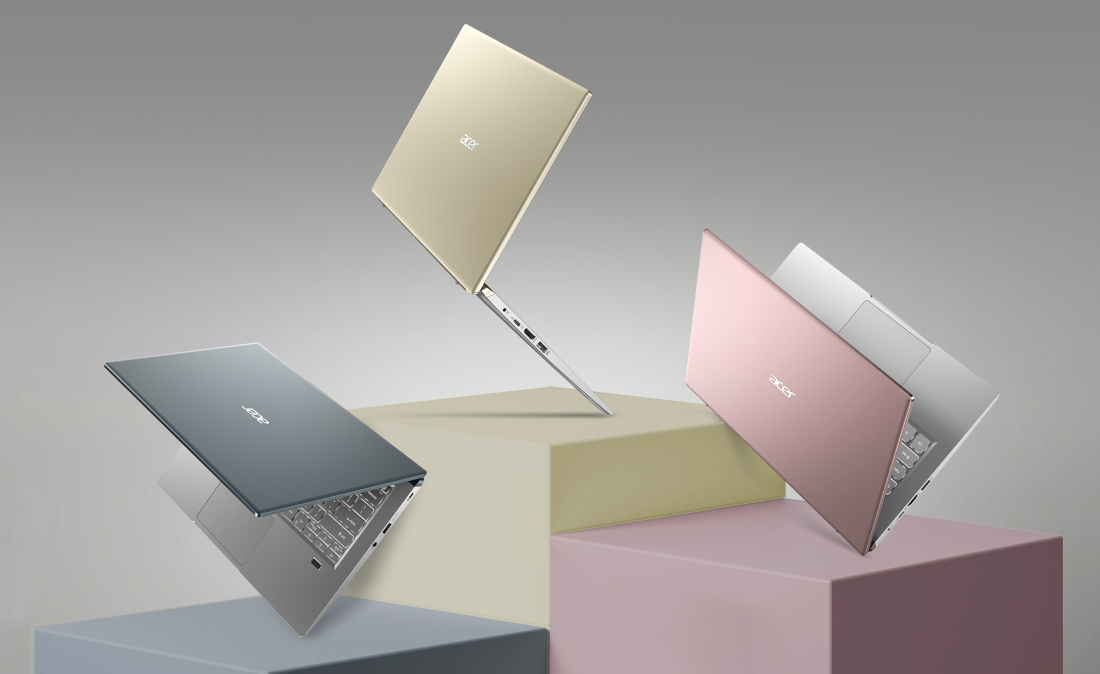 The Acer Swift X is a new member of their Swift thin-and-light series of laptops, distinct by the inclusion of a discrete GPU option. It can be configured with up to an AMD Ryzen 7 5800U Mobile Processor with a NVIDIA GeForce RTX 3050 Ti Laptop GPU, 16 GB of RAM and up to 2 TB of SSD storage.

It has a 14-inch FHD IPS display with a peak brightness of 300-nits and a colour gamut of 100% sRGB. It supports WiFi 6 and has a fingerprint reader with support for Windows Hello. 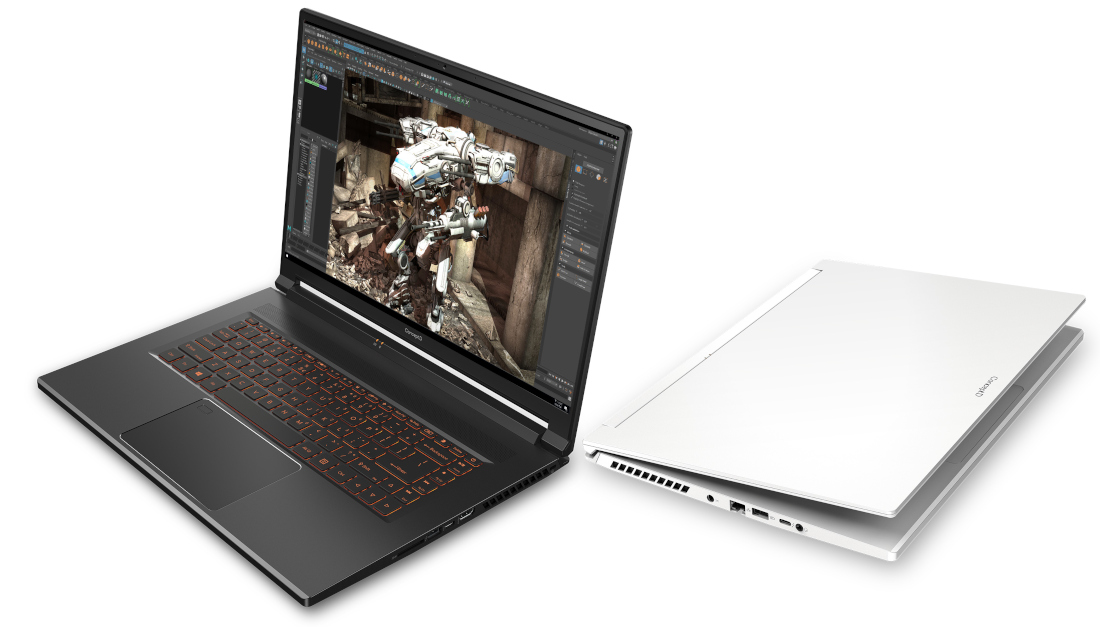 The ConceptD 5 laptop features 11th Gen Intel Core H-series processors paired with up to an NVIDIA GeForce RTX 3060 Laptop GPU, while the ConceptD 5 Pro can be configured with up to NVIDIA RTX A5000 GPU. For RAM, both laptops can have up to 64 GB of DDR4 3200 Hz memory and for storage, they have up to 2 TB of PCIe Gen 4 M.2 SSDs in RAID 0. 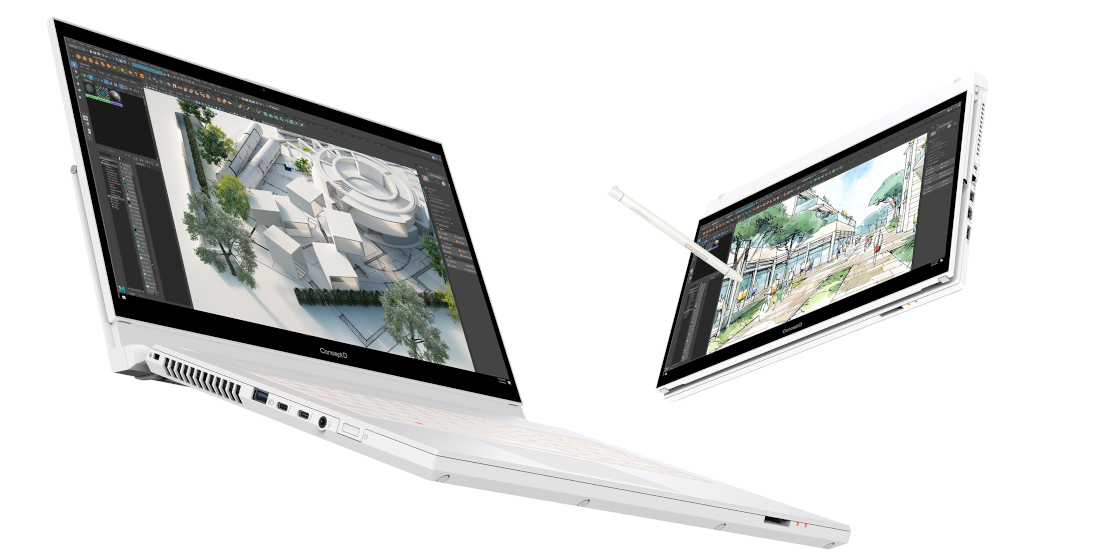 These laptops are outfitted with a 15.6-inch 4K PANTONE-Validated touchscreen displays, covering 100% of the Adobe RGB colour space and has Delta E values less than 2. The displays have Acer’s Ezel Hinge design, which enable various modes such as float, share, pad, stand and display. 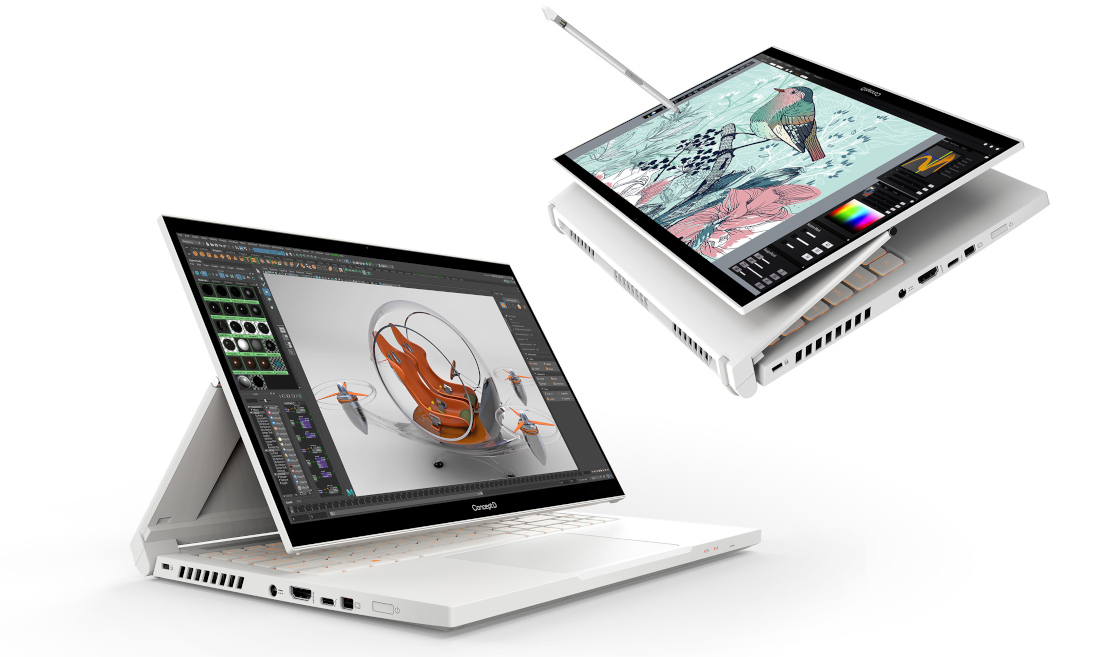 For the budget-focuses creators, Acer offers the ConceptD 3 Ezel Convertible and ConceptD 3 Notebooks, which feature Intel Core i7 H-series processors and up to NVIDIA T1200 Laptop GPUs. Acer will also offer the NVIDIA GeForce RTX 3050 Ti GPU option and all laptops will come with FHD Pantone-Validated displays with 100% sRGB coverage and a color accuracy rating of Delta E <2.