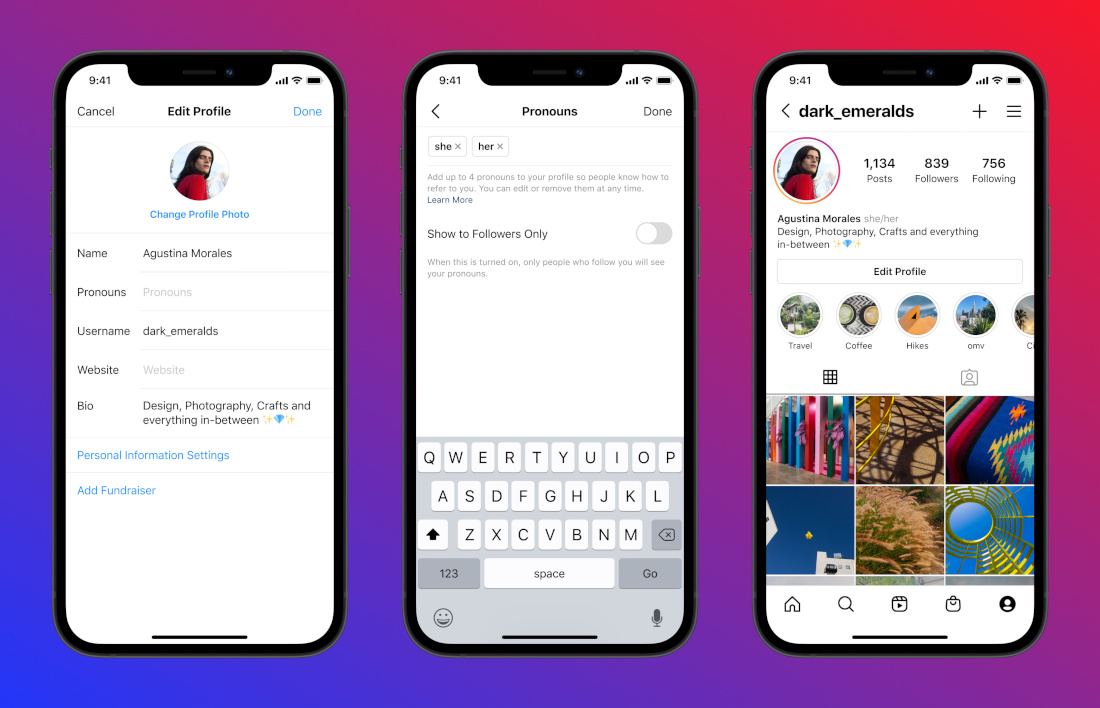 Instagram is now introducing a update in their app that allows users to add their pronouns as a separate field in their profile. Instagram has a set of 41 pronouns for users to choose from, and will be available in certain countries at launch.

In the last few years, it has become increasingly common for users to include their preferred pronouns in their bio. However, this would end up taking space in the user’s bio, which has a character limit of 150. Having them as a separate field would certainly help in these situations, and it also improves upon gender inclusivity on the platform as a whole.

At the time of the feature’s launch, Instagram has a pre-defined list of pronouns that users can choose from. They include:

One reason for a pre-defined list of choices is to ensure people don’t make a mockery of the feature by putting in an absurd custom pronoun. In case a user feels like their particular isn’t available, they can always submit them as a suggestion to Instagram via this form.

The feature is rolling out first to select countries, and will later roll out to more countries.