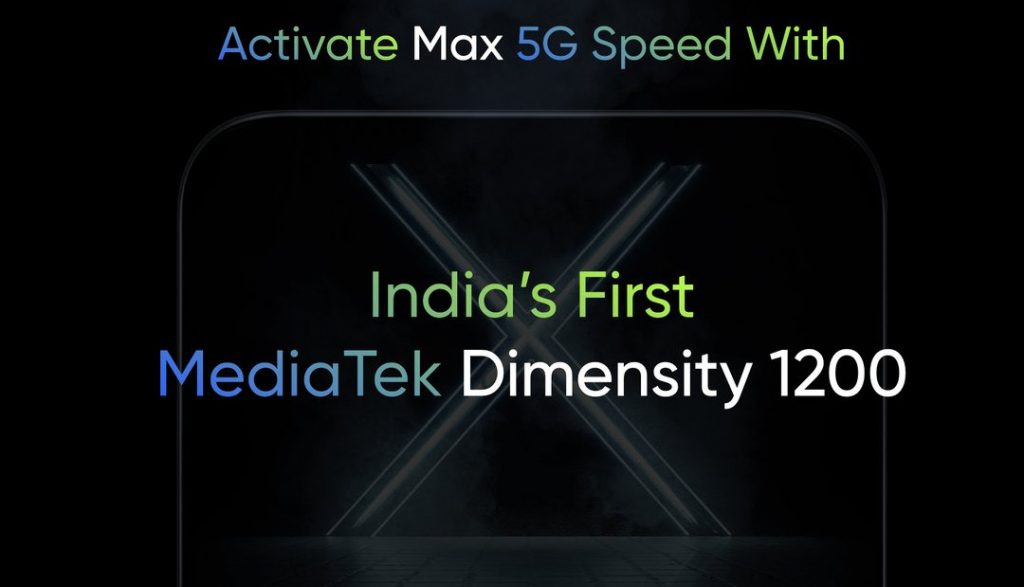 Update: realme India CEO has confirmed that the company has postponed the smartphone and AIoT products’ launch along with anniversary celebrations due to ongoing COVID-19 situation in the country.

After careful consideration, #realme has decided to postpone the upcoming smartphone and AIoT products’ launch along with anniversary celebrations.

In these difficult times, let’s focus on contributing as much as possible.
Stay home, Stay strong! We will be back soon. pic.twitter.com/uHWXt503gi

In the latest episode #AskMadhav, realme CEO Madhav Sheth has answered a range of 5G related questions. He also said that for the company’s 3rd anniversary on May 4th it will hold a big launch event, the biggest this year till now. When asked about the products expected at the launch, he confirmed that the company will launch it Dimensity 1200-powered phone in India which it had been teasing for quite some time now.

realme will also launch new Smart TVs with hands-free voice control, Dolby Vision and audio experience. In addition, the CEO confirmed that half of the realme products launched in India in 2021 will be 5G-enabled, and all the realme smartphones priced above Rs. 20,000 will be 5G-enabled. The company also plans to launch more  affordable 5G smartphone cheaper than the realme 8 5G which was launched in India recently.

The CEO said that it has already started celebration activities for its 3rd anniversary and more details will be revealed through social media channels and the realme community in the coming days.