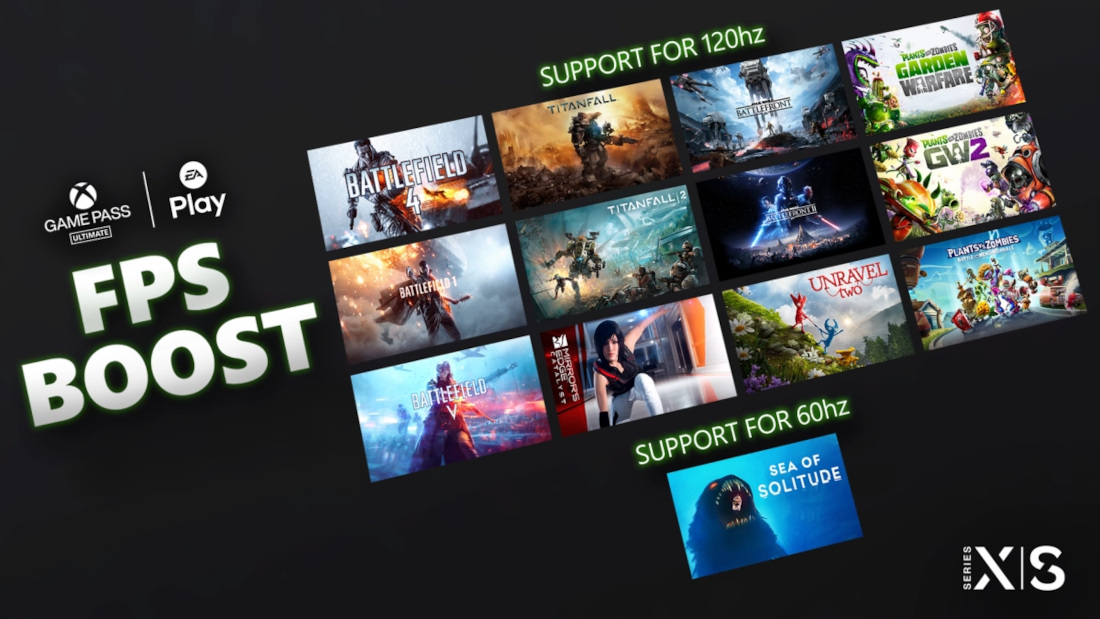 When Microsoft announced the Xbox Series X and Series S console, one of the features that they highlighted was support for gaming at up to 120Hz. However, at launch, the list of games that actually supported up to 120Hz was very few. Now, through the FPS Boost feature, Microsoft has added support for 120Hz gaming on 13 Electronic Arts titles, which will be available to Xbox Game Pass Ultimate members via EA Play.

FPS Boost was introduced by Microsoft back in February 2021, which would dynamically adjust the game graphics to ensure that the game is running at a smooth 120Hz. For compatible games, this could make a massive difference on how smooth the game ran on these new generation consoles.

Microsoft has now added 13 more titles to the list of compatible games for 120Hz support. These titles are all from EA, and will be available to Xbox Game Pass Ultimate members via EA Play. The games include:

Along with these games, another game called Sea of Solitude has added support for FPS Boost, however the maximum frame rate for that game is limited to 60Hz.