Around two years ago, Facebook began asking their users directly for feedback about the content that they see on their News Feed. This allowed Facebook to understand and improve what type of content should show on a user’s News Feed. The company is now taking it a step further and asking specific details in these surveys such as how inspirational was the post, or if a certain topic does not interest that particular user at all.

Facebook already uses a lot of parameters and factors when deciding on what to show a user on their News Feed. However, there are still issues in this regard that Facebook is aiming to solve by collecting more specific feedback from users. 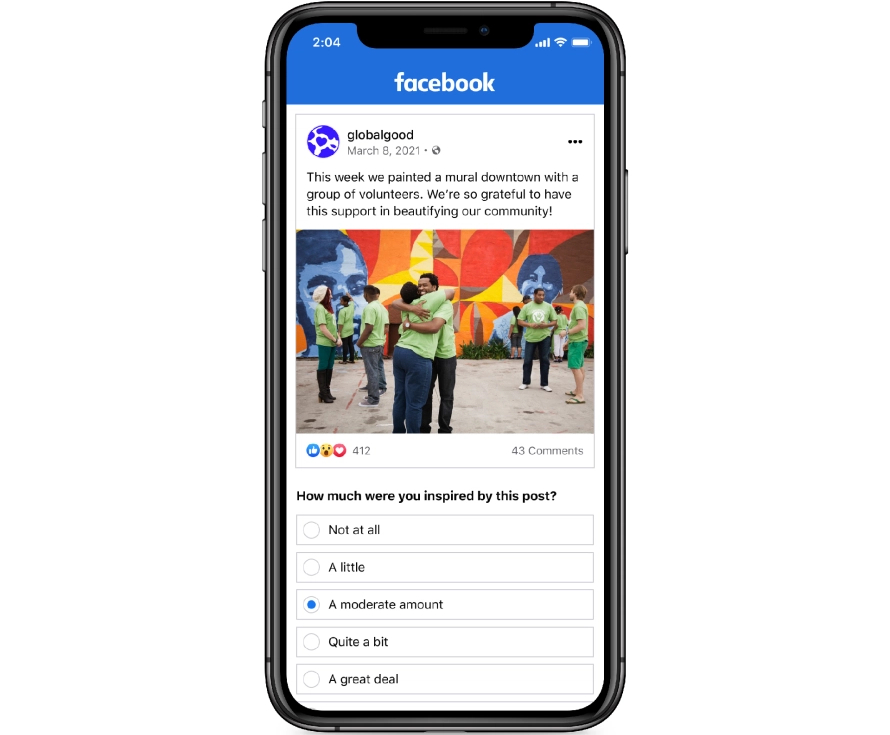 One such feedback that Facebook is asking is asking users how inspirational is a post on their feed. This feedback is being collected globally and posts that are found to be inspirational are more likely to appear at the top of the News Feed.

Facebook will begin asking users if more or fewer posts about a certain topic, such as Sports, Politics or Cooking and base their News Feed content on that. Along with this, Facebook will also look into reducing posts on a user’s News Feed that get negative reactions such as anger.

Lastly, Facebook will soon make it easier to hide a particular post from the  News Feed by introducing a simple ‘X’ button on the top right corner of the post. If the user hides a post, they are also less likely to see similar posts on their News Feed in the future.