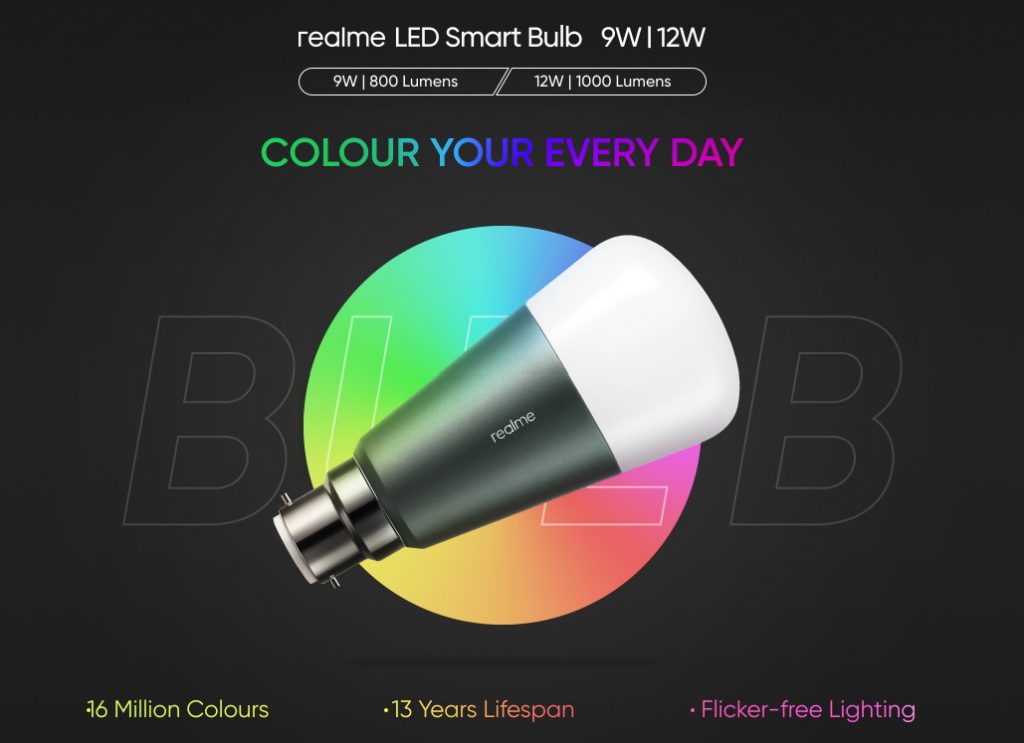 realme today launched its Smart Bulb at its realme 8 series event in India. It was teased at the IFA back in September last year, offers 16 million colours, 1700K-6500K Color Temperature, is made of flame-retardant material, has wide voltage and surge protection and promises up to 13 years of lifespan.

It comes in 9W version with 800 lumens and 12W version with 1000 lumens brightness. The bulb can automatically identify the rhythm of your music. Light Wave mode synchronises with any song, creating a matching atmosphere with constantly changing light. It has several modes such as reading mode, working mode and night light mode. The power outage protection that kicks in during power failure, stopping the bulb from automatically turning on when the power is restored.

The company says that it doesn’t emit potentially harmful blue light and has a special built-in dimmer chip that runs a custom algorithm to bring non-flickering light to protect your vision. You can control your light with the realme Link app, and the bulb also supports Alexa and Google Assistant voice controls. It has E27 base that is used widely.

The realme Smart Bulb 9W is priced at Rs. 799 and the 12W version costs Rs. 999. It will be available from Flipkart, Amazon.in, realme.com from March 30th 12 noon and soon from offline stores.