As part of the Government of India’s PM-WANI initiative, i2e1, a Delhi-based startup, has announced the launch of Public Data Offices (PDO) across India. They are public Wi-Fi-enabled internet booths that can provide broadband connections to their subscribers.

The Government of India launched this initiative with the goal of providing cheap and reliable internet access to millions in India, enabling them to learn new skills and receive an education. Each PDO will be designed to function similarly to PCO (Public Communication Office) booths. 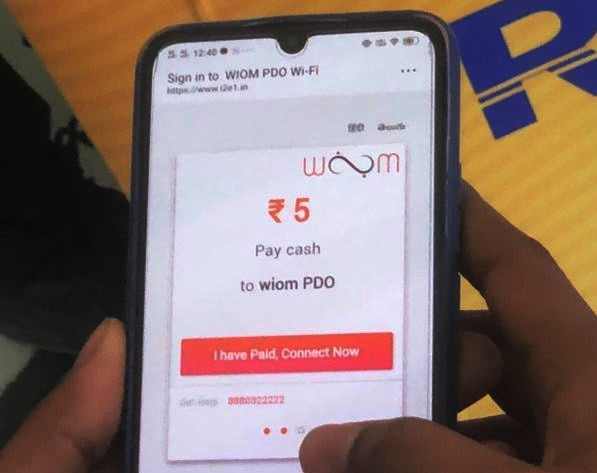 At each PDO, subscribers can avail broadband internet at speeds up to 50Mbps with no data limit, and no registration required. The startup has set up India’s first-of-its-kind PDO in Kusumpur Pahadi, a low income neighborhood in South Delhi. The cost of a subscription is at a low rate of Rs. 5 per day.

Any retailer can become also become a PDO, at a rate of Rs. 250 per month. i2e1 will be expanding the technology to more ISPs in the future, with a goal of having more than 1 million Wi-Fi hotspots in India

With more and more individuals depending on up to 10GB data per day for being productive, the need for internet access is increasing every day; a need which is as fundamental as air and water. Ensuring this data to all sections of society will result in an equitable growth and would be the stepping stone for the realization of the 5 trillion dollar economy target for our country. We are delighted to present India with the first-ever PDO and want to sincerely thank all DoT officials, TRAI, IIT Delhi for making this a reality for i2e1.