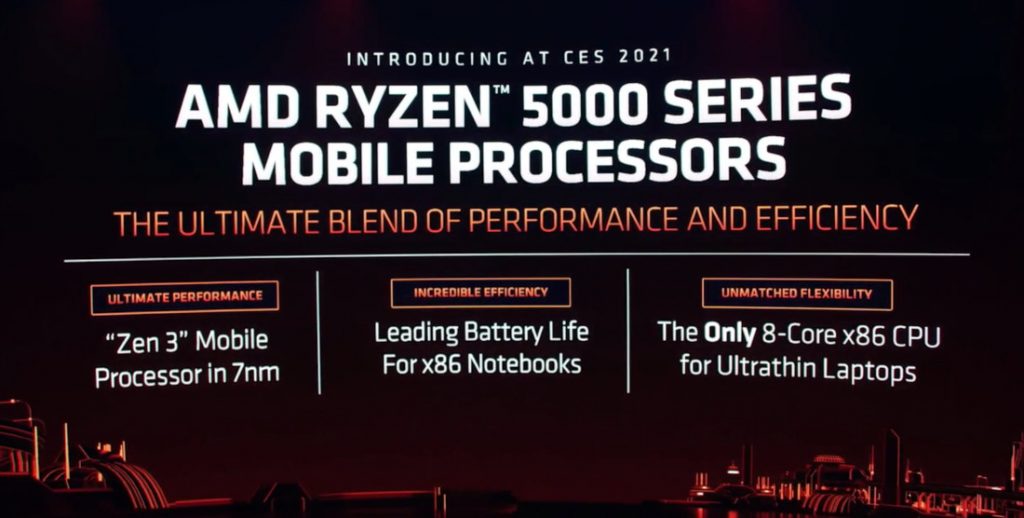 After much anticipation, AMD has finally unveiled their newest Ryzen 5000 Series Mobile processors that are based on their powerful Zen 3 architecture. AMD introduced 13 new 5000 series mobile CPUs, and they announced new Ryzen Threadripper PRO processors along with two new 5000 series desktop processors. 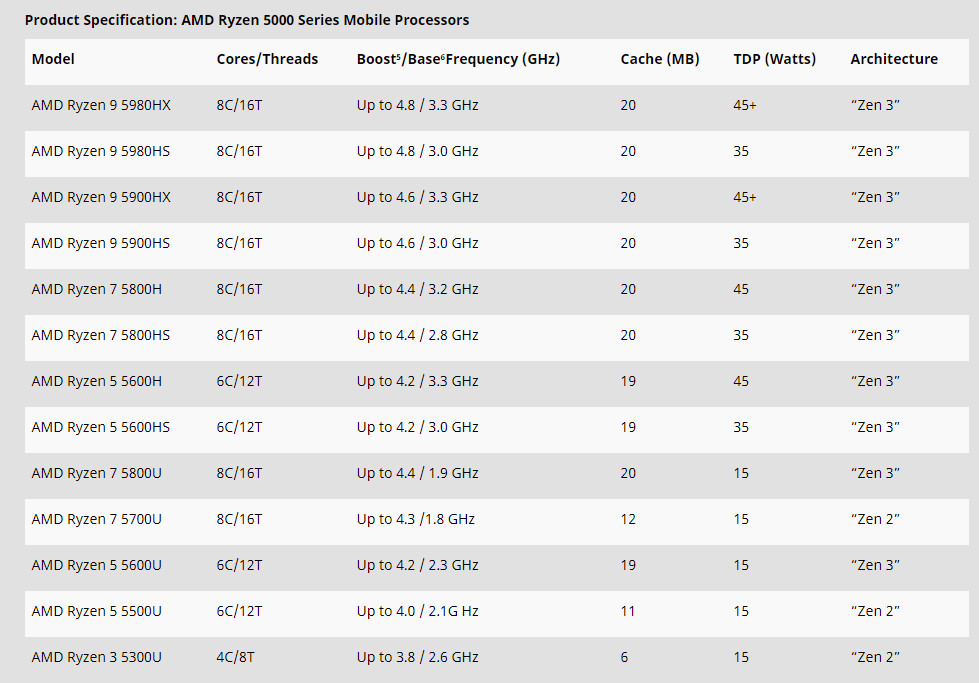 For the 5000 mobile series, AMD introduced a new HX class of processors with 45+ watts TDPs, which is a step above the existing H-series processors. At the top of the line is the Ryzen 9 5980HX processor, which has an 8C/16T design with a base frequency of 3.3 GHz and a boost frequency of up to 4.8GHz.

For thin and light laptop designs and mainstream consumers, AMD also launched AMD Ryzen 5000 U-Series Mobile Processors, with claims of 17.5 hours of battery life with general usage and single-threaded performance improvements of up to 16%. However, some of these are based on Zen 2 architecture.

The new AMD Ryzen 5000 Series Desktop and Mobile Processors bring the best innovation AMD has to offer to consumers and professionals as we continue our commitment to delivering best-in-class experiences with instant responsiveness, incredible battery life and fantastic designs.