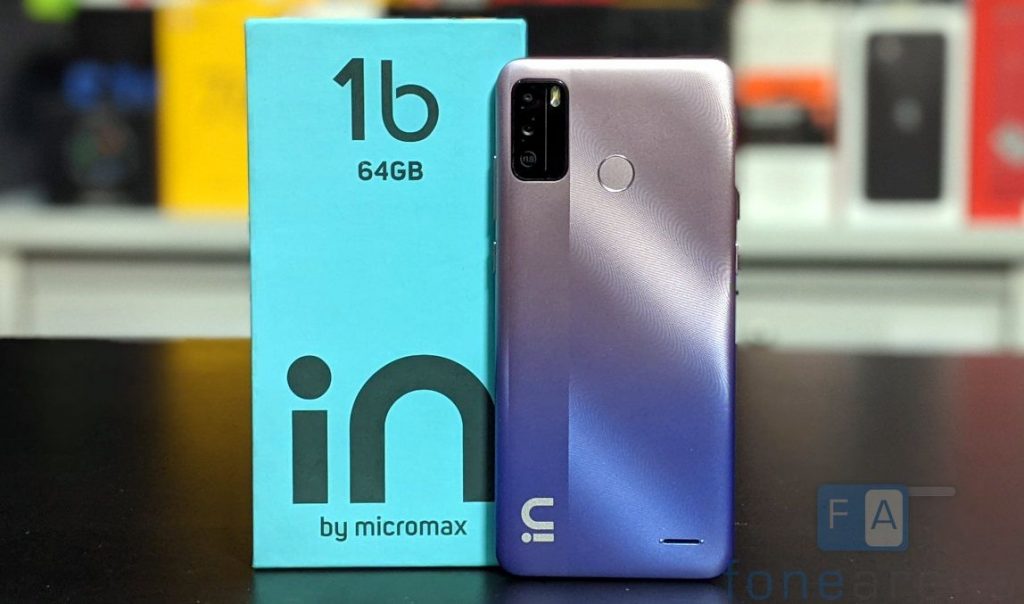 Micromax launched its ‘IN series’ smartphones in India earlier this month. The Micromax In Note 1 went on sale in the country on November 24th as it had promised and the phones sold out in less than an hour. The company already confirmed that the second sale is set for December 1st.  However, the In 1b which was supposed to go on sale on Flipkart and Micromax.in today, November 26th at 12 noon did not happen.

Micromax said that it didn’t go on sale due to unforeseen circumstances. The company confirmed us that the delay is due to logistics issue, which will be resolved soon. It said that it is trying its best to bring IN 1b at the earliest and will keep everyone posted about the next sale through its social channels. Micromax India website shows December 3rd as the next sale date, but this might not be the final date.

To remind you, the phone has a 6.52-inch HD+ mini Drop LCD screen, is powered MediaTek Helio G35 SoC with up to 4GB of RAM,  runs Android 10 without any ads or bloatware, features a 13-megapixel primary rear camera along with a 2-megapixel depth sensor and an 8-megapixel camera on the front. The phone packs a 5000mAh battery with support for 10W charging over USB Type-C.