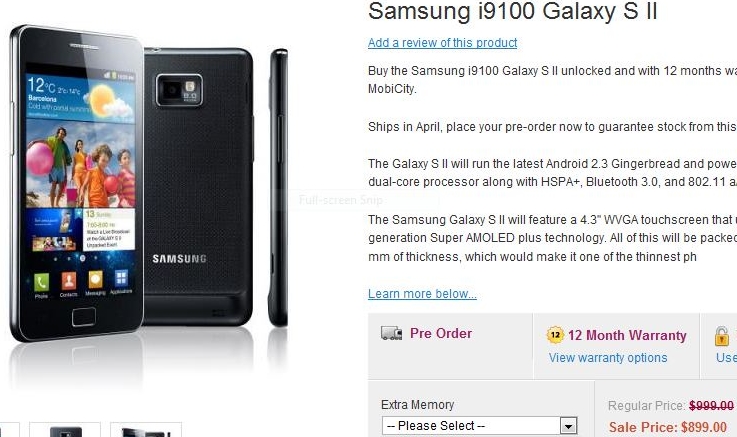 The Samsung Galaxy S II has already appeared on numerous sites in the UK and Germany for pre-order with delivery dates as early as this month end. Now the phone is also up for pre-order in Australia as well.

The Samsung Galaxy S II is now available for pre-order at a price of 899 AU$ which is around 900 US$ but still lower than the UK prices and phones are generally costlier in Australia as well.

But the customers wont get their phones anytime this month since the units are expected to ship in only in April.

Another thing we noticed is that none of the sites seem to offer the 32GB version. Maybe that will be released later on.