About a month ago, there were reports of Apple’s plans to release digital services bundles to attract more customers to their many services. Now, during the ‘Time Flies’ event, Apple announced its Apple One subscription service that bundle Apple’s many services like Apple Music, Apple TV+, Apple Arcade, iCloud, Apple News+ and Apple Fitness+. 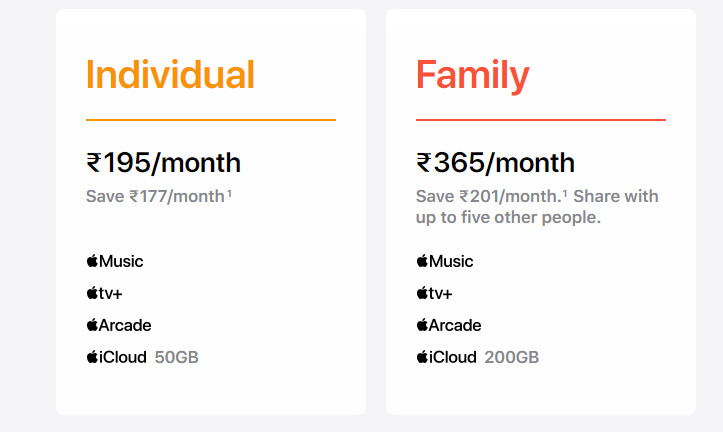 Apple is introducing three tiers with the Apple One Subscription. These are:

Apple One will include a 30-day free trial for any services that customers do not already have and family members in the Family and Premier plans can access all the included services with their own personal accounts and preferences.

Starting this fall, the Apple One Individual and Family plans will be available in over 100 countries and regions for Rs. 195 per month and Rs. 365 per month respectively. The Premier plan will first be available in Australia, Canada, the UK, and the US.

Apple One makes enjoying Apple subscription services easier than ever, including Apple Music, Apple TV+, Apple Arcade, iCloud, and more. With Apple One, you can access the best of Apple entertainment across all your favourite devices with one simple subscription.