Apple recently announced the much awaited iPad 2 at an event in San Francisco. Check out the exclusive specs comparison of the original iPad and the new iPad 2.

The iPad 2 will be available in the US from March 11th on the airwaves of AT&T and Verizon. Customers in Australia, Canada, Finland, France, Germany, Italy, Japan, New Zealand, Spain, UK and other lucky countries will be able to purchase this amazing gadget from March 25th. Until then, you can check out the exclusive specs comparison of the original iPad and the new iPad 2 after the break. 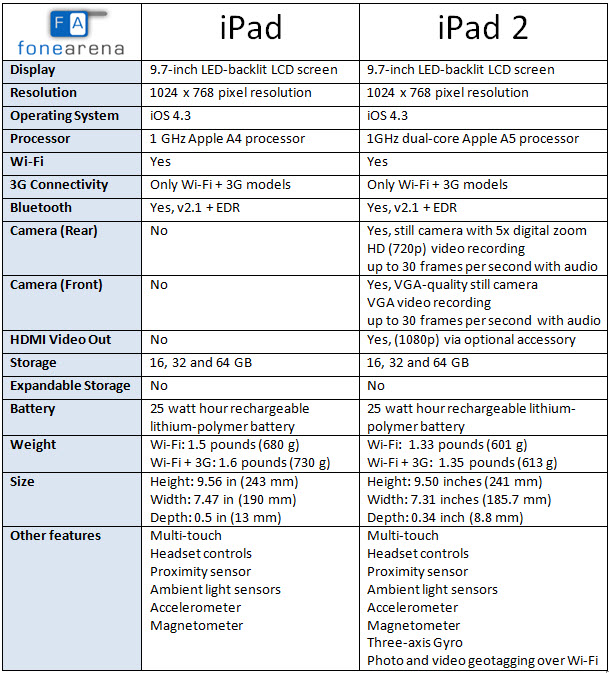