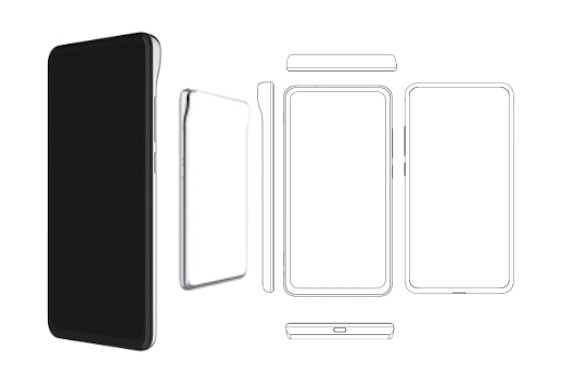 The Chinese company TCL is no stranger to crazy concept smartphone designs that look incredibly futuristic. Back in February 2020, images of a TCL concept phone with a slide-out display surfaced and now, a new patent filing by TCL has been spotted that showcases a smartphone with hidden rear and front facing cameras.

In the patent, TCL details 8 images showing the device from various angles. On the front, we see a large display with not-so-slim bezels on all 4 edges and rounded corners. The front camera appears to be under the display, which is an upcoming technology that has been teased by many Chinese manufacturers in the past, including the ZTE A20 5G. 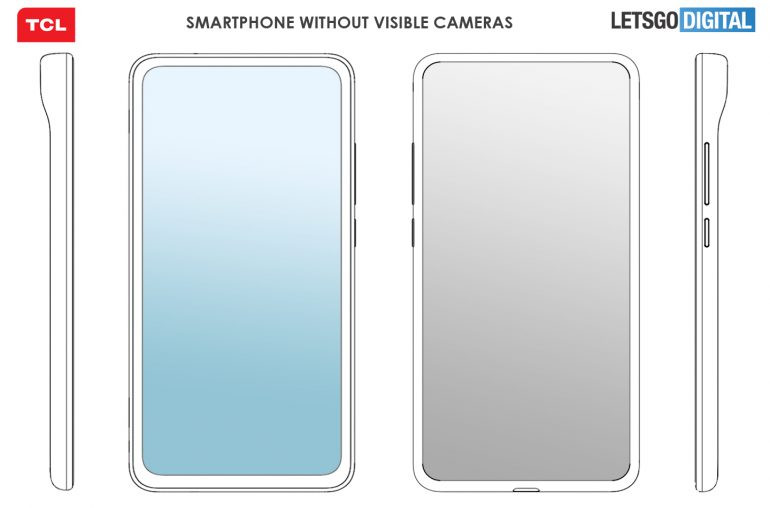 On the right edge, we can see the power button and the volume rocker and on the back is where we notice something really unique — there is no rear camera module, atleast not visibly. On the top edge of the back panel, we can observe a slight protrusion that is reminds us of the camera module from the Huawei Nexus 6P.