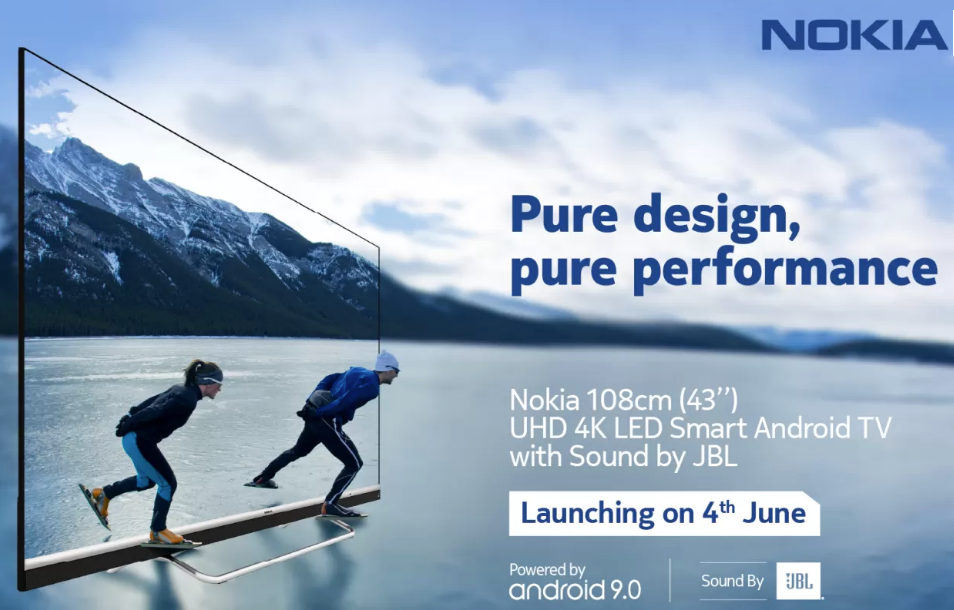 Flipkart and Nokia launched the first Nokia branded Smart TV in India back in December last year as a part of ‘Make in India’ initiative. At that time the company said that it will launch more models in different screen sizes soon. Now the company’s 4K Ultra HD TV is all set to launch on Flipkart on June 4th.

The company has confirmed Sound by JBL, DTS TruSurround and Dolby Audio as well as wide color gamut and Dolby Vision. It will feature ultra slim bezels offering infinity-edge viewing experience and will run Android 9.0 with support for apps via Google’s Android TV Play Store and built-in Chromecast. Other specifications are expected to be similar to the 55-inch model since the design in the image also looks the same.

The Nokia 55-inch Smart TV  was launched for Rs. 41,999, and the company’s 43-inch Smart TV should be priced less than Rs. 35,000. We should know more details when it goes official next Thursday.