Realme today confirmed that it will launch realme Buds Air Neo, the company’s new True wireless earbuds in India on May 25th along with the realme TV and the realme Watch. This is the cheaper version of the realme Buds Air that was launched back in December, and it got certified by the NCC back in January confirming micro USB charging port for the 400mAh case. It will be sold on Flipkart in addition to realme.com, similar to other realme devices. 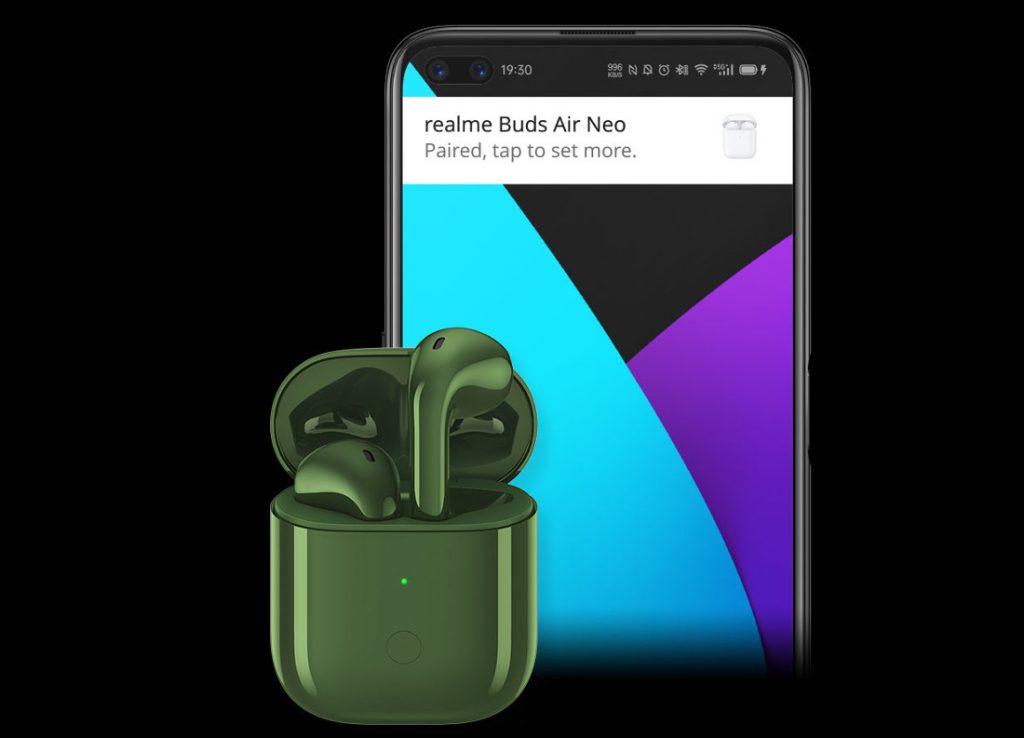 The company has confirmed 17 hours of total playback and 3 hours of standalone playback with a 25mAh battery on each headset, same as the Buds Air, but this is not expected to come with wireless charging case.

The company has also confirmed 13mm drivers for the phone, which is  bigger than the 12mm drivers in the Buds Air. It also has low-latency mode, and Bluetooth 5.0 support, touch controls for call control, track change, Google Assistant and instant connection, but there is no mention of wearing detection sensor for auto pause or resume playback or dual microphones for environmental noise cancellation.

The Realme Buds Air Neo will come in White, Red and Green colors. We should know the price when it goes official on Monday.