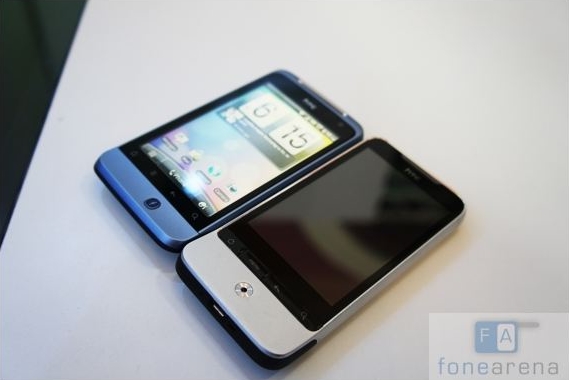 Here are the live hands on pictures of the HTC Salsa which was announced today by HTC at MWC (Mobile World Congress) in Fira, Barcelona. It is one of the new Facebook phones announced by HTC.

The phone has a special Facebook button which when pressed launches a special application developed by HTC in collaboration with Facebook.

It has HTC Sense UI loaded on top of the Android OS.

These are the pictures of its comparison with the HTC Legend. Both the handsets are quite similar in terms of design and size.