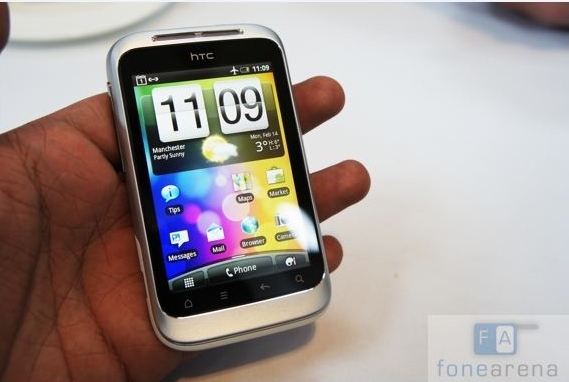 Here are the live hands on pictures of the HTC Wildfire S which was announced today by HTC at MWC (Mobile World Congress) in Fira, Barcelona. It is the successor to the HTC Wildfire.

The phone has a HVGA resolution compared to the QVGA resolution of the original Wildfire. It will come pre-loaded with Android 2.3 Gingerbread. It is a smartphone aimed for the masses. Left Side-Volume Up and Down Keys and microUSB Port