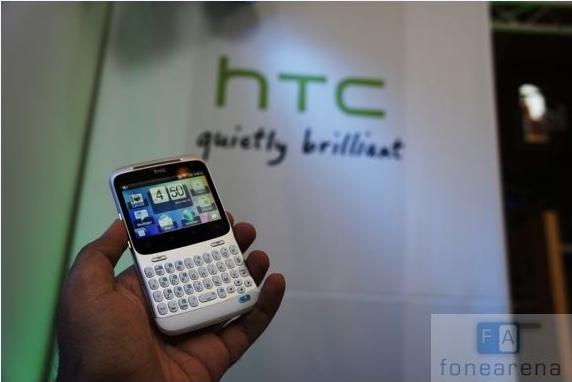 Here are the live hands on pictures of the HTC ChaCha which was announced today by HTC at MWC (Mobile World Congress) in Fira, Barcelona. It is one of the new Facebook phones announced by HTC.

The phone has a special Facebook button which when pressed launches a special application developed by HTC in collaboration with Facebook.

The keyboard has quite a unique layout. The direction cursor keys are at the bottom right of the QWERTY keyboard but the two soft keys are below the display and the four touch sensitive keys. Left Side-Volume Up and Down Keys and microUSB Slot