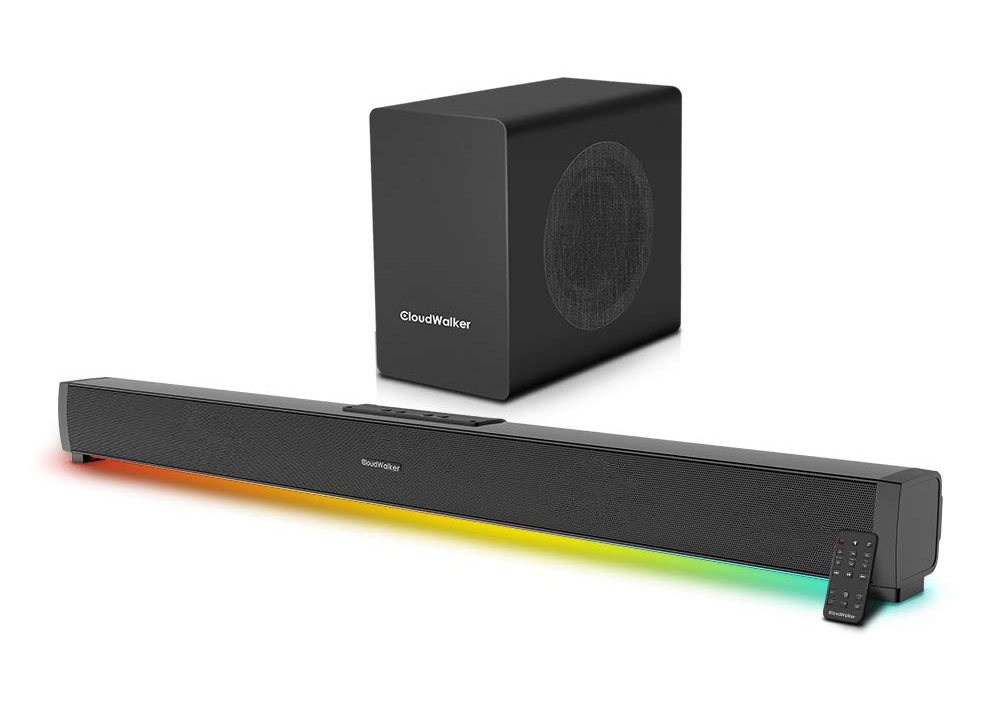 CloudWalker, a manufacturer of consumer electronics has launched two new soundbars in its Burst lineup called the I2000 and E3000 in India. The soundbars features Bluetooth 5.0, a built-in sub-woofer and 11 LED effects that can light up in different modes.

The I2000 is a powerful 2.1 channel 50W (2x25W) speaker system that features a built-in subwoofer that provides powerful bass. For connectivity options, users can use either AUX-in, Line IN, optical port and Bluetooth 5.0 which can connect to a variety of devices. Via the Bluetooth 5.0 connections, multiple devices can be connected wirelessly at once even. The speaker comes with 5 equalizer mode which includes Jazz, Pop, Classic, Flat and Rock.

The more powerful Burst E3000 is again a 2.1 channel 100W (2x50W) speaker system, this time with an external 60W subwoofer. The speaker contains a similar port configuration of AUX, Line IN and Optical port along with Bluetooth 5.0 for wireless connections. A special feature in this speaker is the the party light mode that light up the speakers with 11 different effects using the built in LEDs built in. Again similar to the I2000, there are 5 preset equalizers that users can choose between; Jazz, Pop, Classic, Flat and Rock.