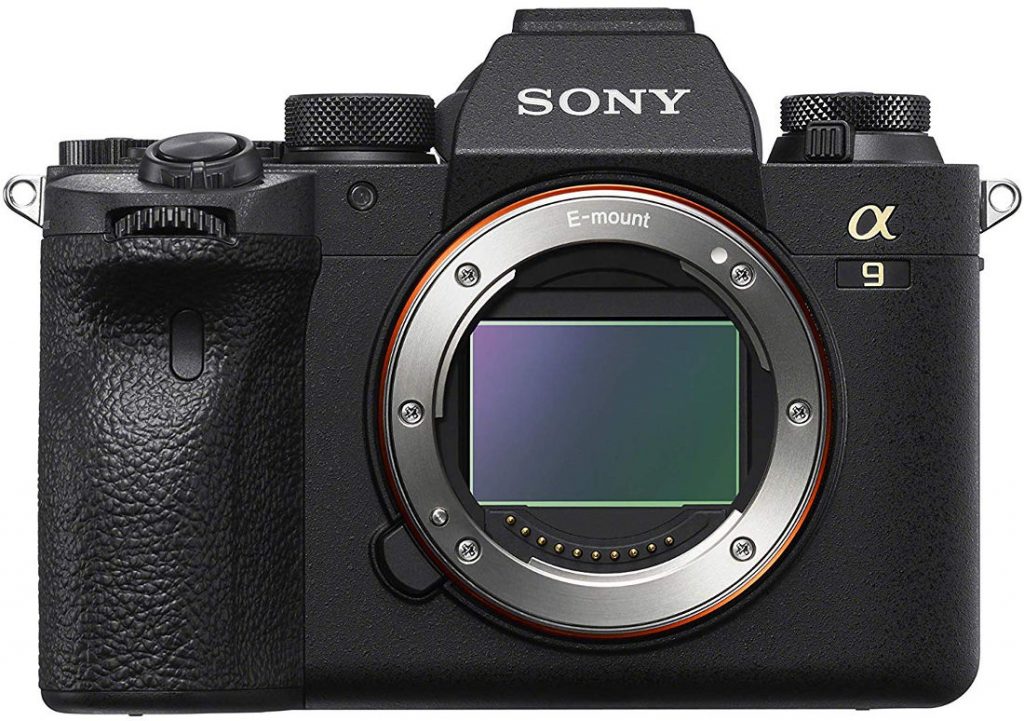 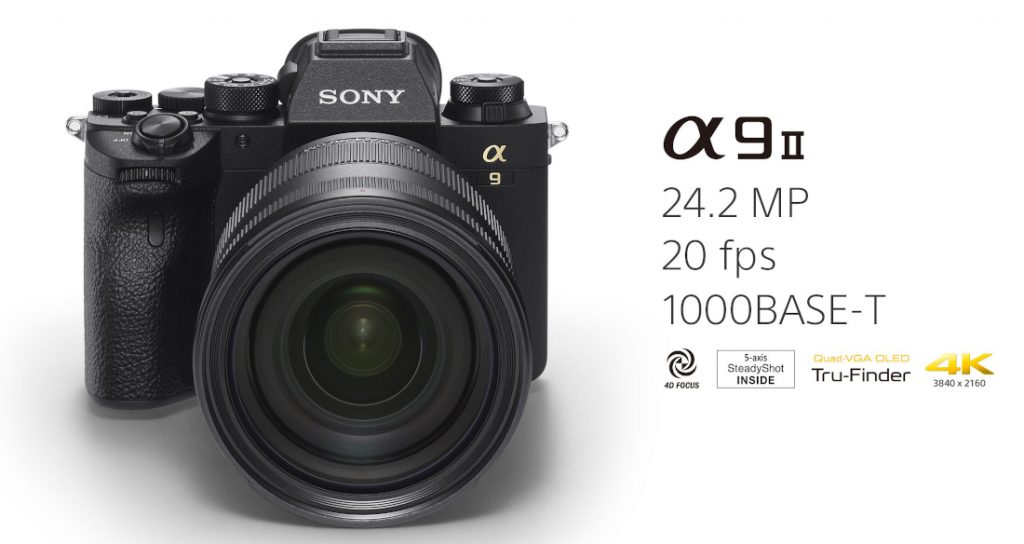 One of the flagship features in the new camera is the 1000BASE-T Ethernet terminal that allows high-speed, stable data transfer operations. Along with this, built-in wireless LAN functionality has also been increased, adding a stable and fast 5 GHz band support, in addition to the 2.4GHz band.

Improvements to the BIONZ X image processor along with the updated front-end LSI gives the Alpha 9 II with ground breaking speed performance including blackout-free continuous shooting at up to 20 frames per second with Auto Focus and Auto Exposure tracking and 60 times per second AF/AE calculations. The camera offers an anti-flicker shooting mode that automatically detects and adjusts for the presence of fluorescent or artificial lighting.

The advanced focusing system in the new Alpha 9 II is comprised of 693 focal-plane phase- detection AF points covering approximately 93% of the image area, as well as 425 contrast AF points. Sony has also updated the Real-time Eye AF to work with animals now. The mechanical shutter has also been improved to enable shooting speeds up to 10 fps.

The camera body has been improved with upgraded dust and moisture resistance, along with improved grip configuration for even greater comfort and sure hold. The dual media slots are compatible with both UHS-I and UHS-II SD cards and the camera has 5-axis optical in-body image stabilisation system that provides a shutter speed advantage of 5.5
steps.

The Sony Alpha 9 II will be available across all key retail counters Sony Center and major electronic stores across the country with a price of Rs. 3,99,990 for the body only.