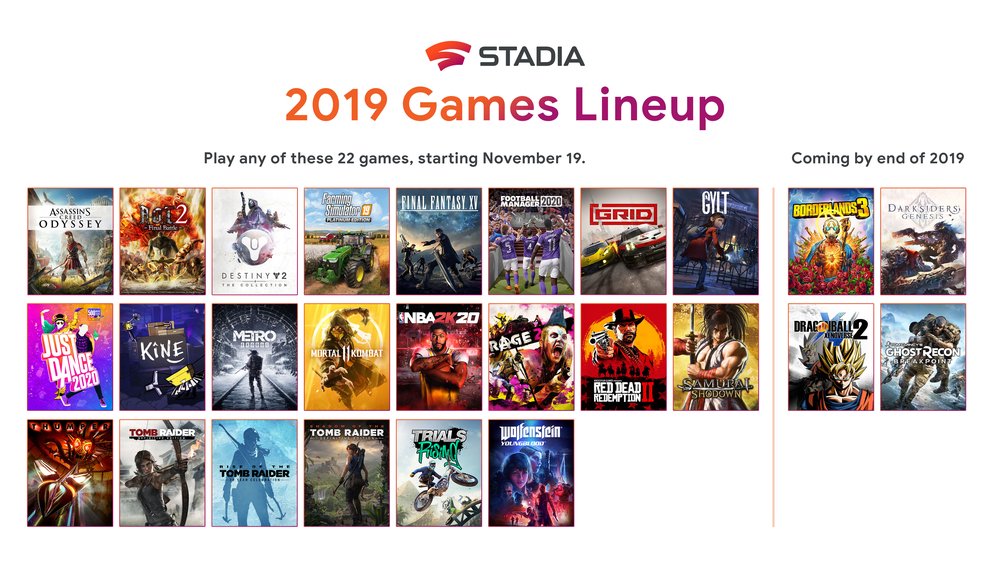 Google will be adding more titles including Borderlands 3, Tom Clancy’s Ghost Recon: Breakpoint, Dragon Ball: Xenoverse 2 and Darksiders Genesis by the end of the year, with Doom: Eternal, WatchDogs: Legion, Gods & Monsters and Cyberpunk 2077 coming in 2020. As of now, Stadia’s day one titles include:

After purchasing a title, it will show up in your Stadia library within a matter of seconds and you can start playing. In addition, gamers will be able to claim both Destiny 2: The Collection and Samurai Shodown as part of the November Stadia Pro subscription.

To recall, Google Stadia lets you instantly play games on TV (via Chromecast Ultra), laptop, desktop, tablet or mobile phone at up to 4K and 60 frames per second with HDR and surround sound. Since this is completely online, gameplay experience may vary based on the quality of the internet connection.

Stadia and the Stadia Controller are not available in India, and is only available in the United States, Canada, United Kingdom, France, Italy, Germany, Spain, Sweden, Denmark, Norway, Finland, Belgium, Ireland, and the Netherlands.