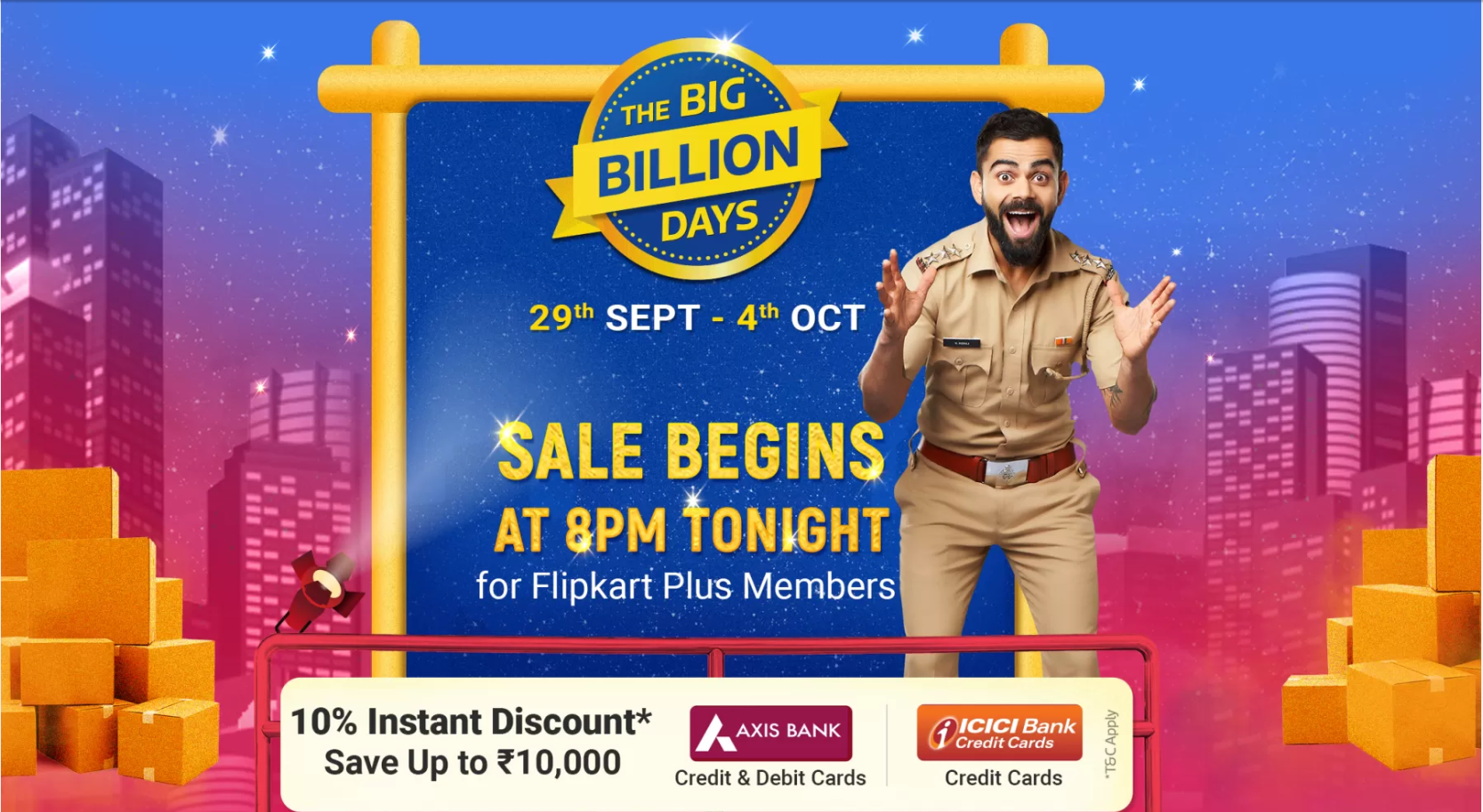 We have listed some of the best deals here, you can check out more deals on Flipkart Big Billion Days Sale page here or Flipkart App. Users can also avail 10% instant discount on Axis Bank Credit and Debit Cards and ICICI Bank Credit Cards. In addition to this, users can also avail an additional discount of Rs. 2000 on a transaction worth over Rs. 40,000 and is applicable once during the sale from 29th September to 4th October 2019. Deal goes live for Flipkart Plus users at 8PM, and for other users at 12am today midnight. Smartphone deal goes live tomorrow 8PM for Flipkart Plus members and at 12am tomorrow midnight for others.