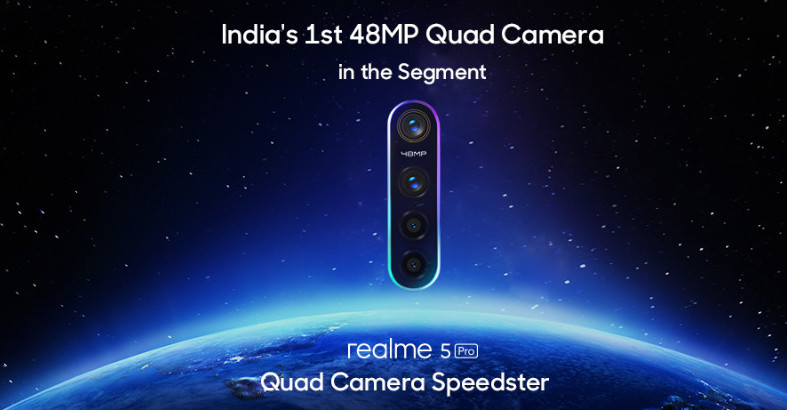 Update: August 13 — realme has posted new teaser for the realme 5 Pro that says that it will be India’s first quad camera smartphone in the segment with a 48-megapixel main camera with Sony IMX586 sensor. The realme 5 is expected to come with a 13-megapixel or a 16-megapixel primary rear camera, even though it will retain the same ultra-wide sensor, Super Macro and depth sensing portrait lens. 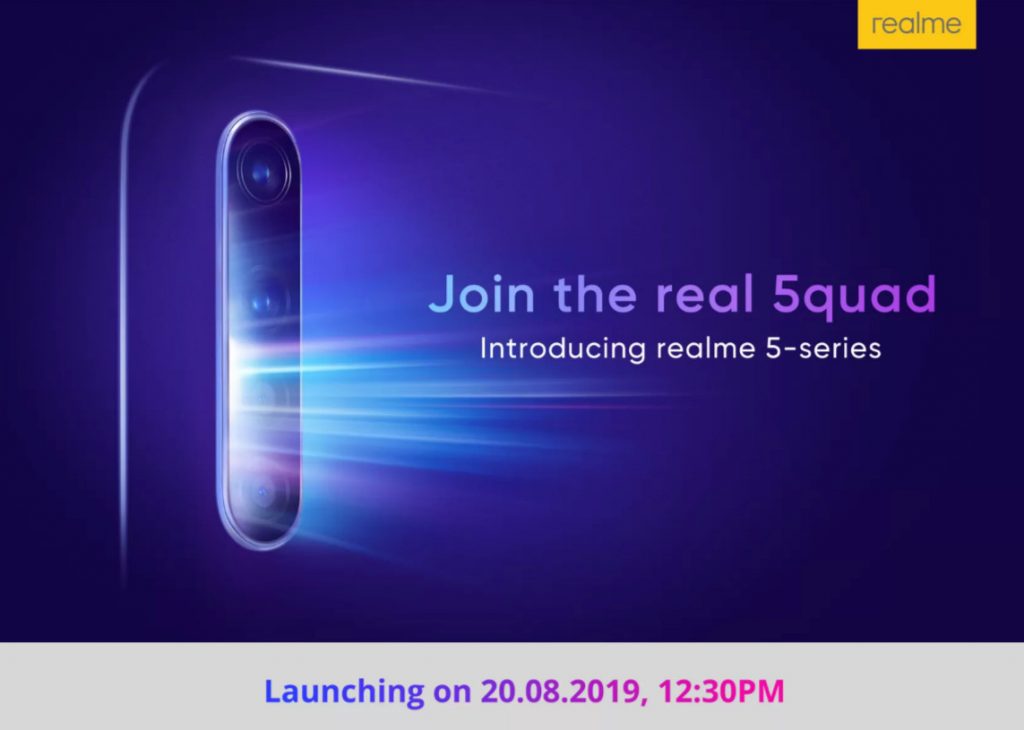 Earlier: Realme showed off its 64-megapixel camera technology last week at an event in India, and also said it will launch two more quad camera phones this year. Today, Flipkart has started teasing the launch of realme 5 series launch on August 20th. It has also posted a video showing off quad rear cameras with LED flash next to it and a rear-mounted fingerprint scanner. 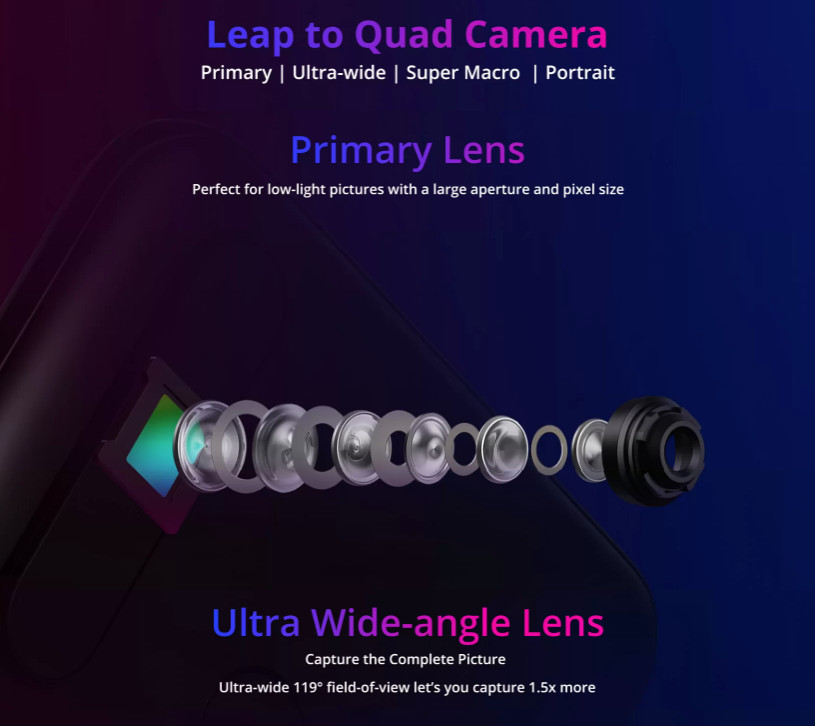 #LeapToQuadCamera!
4+48+586+119
RT and tag 4 friends to make your #Quad5quad to guess what these numbers mean and win big!
Stay tuned as we launch #realme5series live at 12:30 PM, 20th August! pic.twitter.com/LEISsFeNJB 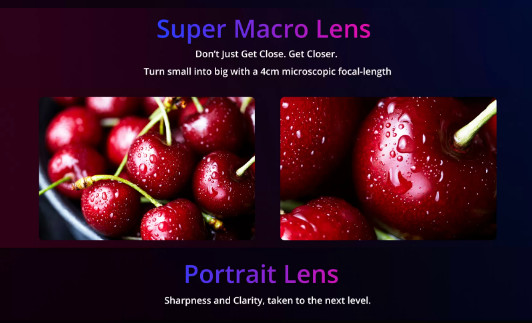 The company already confirmed that its 64MP camera phone, which should be the realme X Pro will feature a Telephoto Lens instead of portrait lens, but this will launch before Diwali in October, and not on 20th of this month.

We don’t have other specifications, but the company will reveal more details in the coming days.