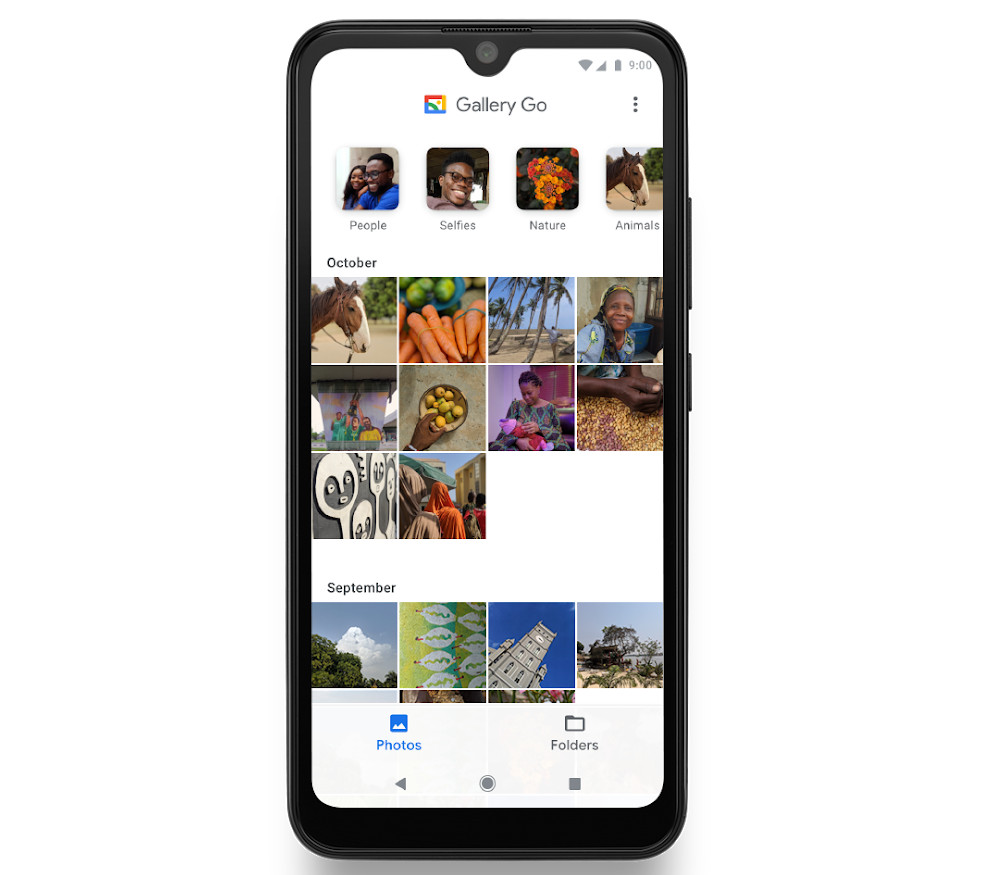 Google Photos which is a photo-sharing and storage service was launched back in 2015 and has been getting new features with updates over the years. Expanding further, today, Google has announced ‘Gallery Go’ which is a new lightweight app that brings many of the best features of Google Photos and organizes photos offline.

At the third annual ‘Google for Nigeria’ event, Google announced its new Gallery Go app. Gallery Go works offline and helps users find, edit and manage their photos and it organizes them offline. Also, it does not comprise on features as it brings many of the best features of Google Photos.

The app weighs just 10MB in size and uses machine learning to organize, auto-enhance your photos. Google says that it is designed for users who don’t have a reliable internet connection. This comes under the ‘Go’ edition, and we have seen Google doing similar in the OS level with Android Go.

The Google Gallery Go app is available today on the Google Play Store for devices running Android 8.1 (Oreo) or higher.