Motorola revealed a new device, which is expected to launch today, at the event. This handset is called as the Motorola Droid Bionic. 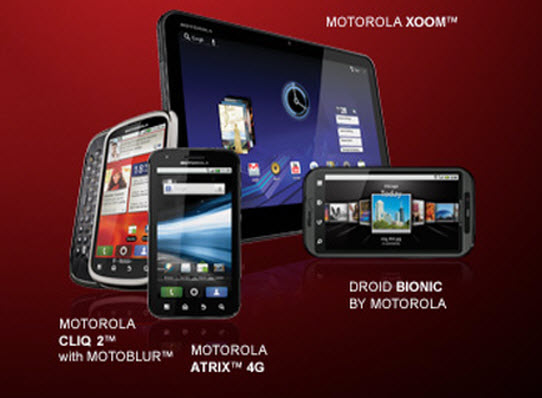 Motorola will soon launch its Android 3.0 (Honeycomb) powered tablet at the CES 2011 in Las Vegas. This device was earlier known as the Motorola Droid Xoom, but Motorola accidentally revealed the device on their website, even before the press conference started. The Motorola’s Honeycomb tablet will be called as the “Motorola Xoom” and not the rumored Motorola Droid Xoom.

Along with the Xoom tablet, Motorola revealed a new device, which is also expected to launch today, at the event. This handset is called as the Motorola Droid Bionic. No details of this handset is currently available. But we can clearly see in the picture above, that the device sport a large touch screen display.

Both the tablet and the Motorola Droid Bionic smartphone will be launched today at the event. Are you excited?