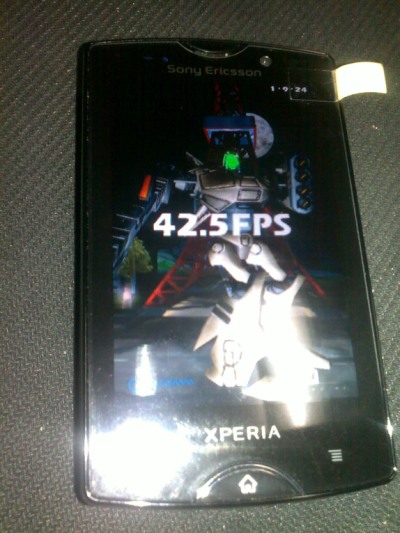 Another Sony Ericsson XPERIA handset has been leaked on a Chinese Website and is reportedly the successor to the XPERIA X10 Mini Pro. It is expected to run on Android 2.3 and looks pretty fast considering the benchmark screen below. It has a better score than the Samsung Galaxy S and Nexus One.It is rumored to be powered by a 1 GHz CPU and pack a 3 inch 320x480px display. It might also have a slideout QWERTY keyboard which we can’t make out in the leaked pics. 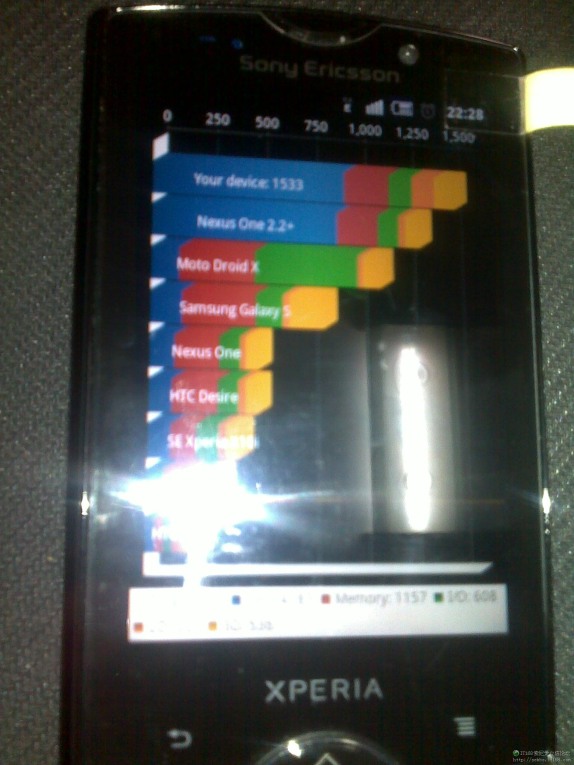