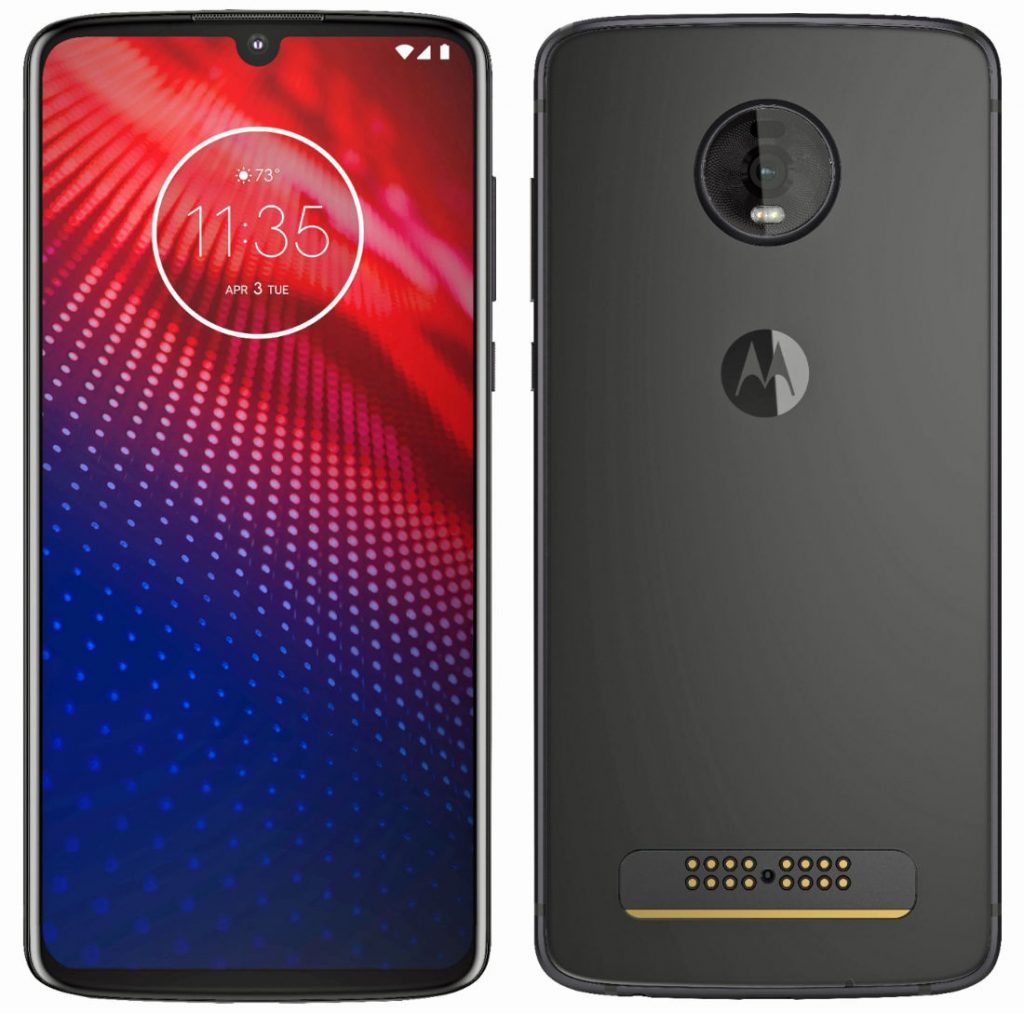 Update: May 2, 2019: Thanks to @evleaks, we now have press image of the Moto Z4 that shows a waterdrop notch display, single rear camera and support for Moto Mods. It also shows 3.5mm audio jack on the bottom.

Motorola launched the Moto Z3 and Z3 Play last year in India with support for Moto Mods. The rumours about the successor to the Z3 smartphone has been all over the web for over six months now and today, new reports have emerged regarding the key specifications and features of the upcoming Moto Z4 smartphone.

Moto Z4 is said to be powered by the Snapdragon 675 Octa Core SoC along with support for Moto Mods. The Z4 will also have support for 5G with the help of 5G Mod from Motorola. The smartphone will reportedly flaunt a 6.4-inch OLED display with a full-HD resolution.

With regards to optics, the Z4 is said to have a single 48MP rear camera and like the other 48MP camera smartphones in the market, the Z4 will use Quad Pixel technology to combine four pixels into a single large pixel in order to deliver images in 12MP resolution. The front-facing camera is said to be a 25MP shooter with support for a Group Selfie mode. The camera will reportedly feature AI mode, Night Vision mode, 6MP photos to deliver “incredibly sharp” images in low lighting conditions, etc.

All these are said to be backed up by a 3600mAh battery with support for TurboCharge fast charging. Motorola is not getting rid of the 3.5mm jack and this smartphone is expected to come with a splash-proof nano coating. On the software side, Moto Z4 will run Android 9 Pie operating system with Google’s Digital Wellbeing and Lens along with Motorola’s Moto Display, Moto Actions, Moto Experiences, etc.

There is no mention on the pricing of Moto Z4, but the reports suggest that the smartphone will be “half the price” the flagships retail at. We should know more information once the smartphone goes official.