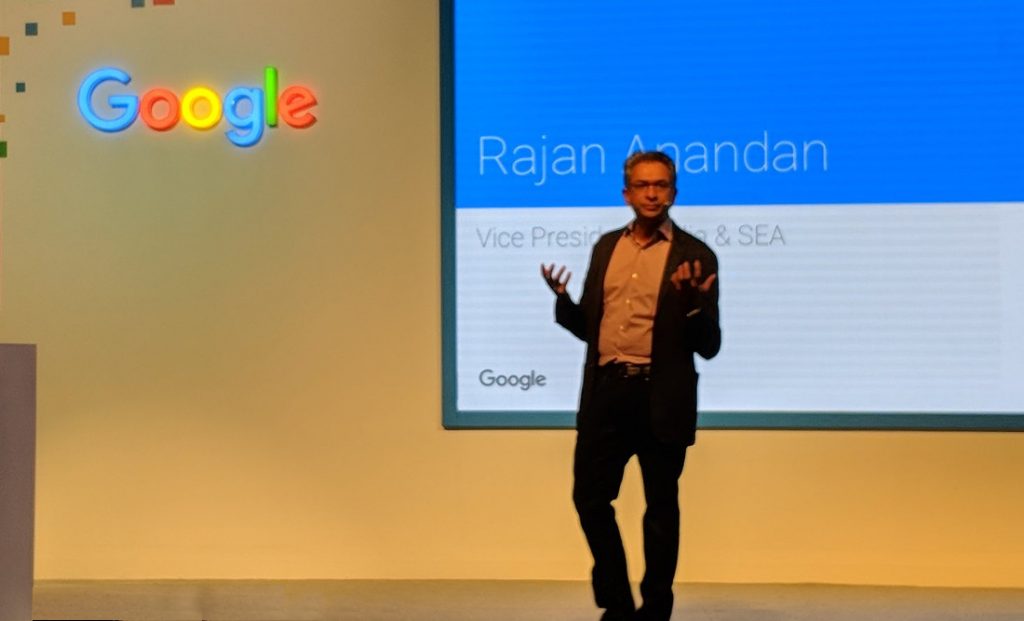 Rajan Anandan, Vice President of Google India and South East Asia quits Google today. Anandan confirmed the same via his tweet, and he will be joining Sequoia Capital soon.

8 amazing years. 850million internet users across India and SEA. Many billions of revenue and fastest growing region in the world. Incredible team that thinks big and executes superbly. Thank you @GoogleIndia #GoogleSEA. Loved every minute.

Rajan Anandan served at Google for 8 years and will be joining Silicon Valley’s marquee venture fund Sequoia Capital. Anandan contributed a lot to Google and was responsible for driving growth at Google India. He will be staying at the company until the end of this month before joining Sequoia.

Until Google India finds a new person for this position, Vikas Agnihotri who is Google’s country director for sales will take on the interim responsibility.

We are grateful to Rajan for his huge contribution to Google over the past eight years. His entrepreneurial zeal and leadership have helped grow the overall internet ecosystem in India and Southeast Asia, and we wish him all the best in his new adventures.

Rajan’s deep understanding of technology, significant operating expertise and track record of growing tech businesses across the region will help Surge founders scale and build the transformational businesses of tomorrow.