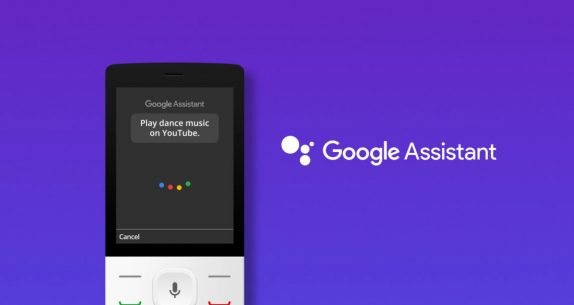 KaiOS Technologies, maker of KaiOS has announced an expansion of their partnership with Google. With this deal, KaiOS will get deeper integration of Google’s services like the Google Assistant and Google Maps, and can now access YouTube for the first time on their smart feature phones.

The company also mentioned that more than five new KaiOS-powered devices boasting Google functionality will be launching in the Middle-East, Africa, Latin America, and Europe, supported by Orange, MTN, Avenir Telecom, and several other carriers and OEMs. Google’s product suite has been tailored specifically for the KaiOS platform with the Google Assistant, Google Search, and Google Maps coming preloaded on every device shipped to Africa, Europe, North America, and Southeast Asia.

Google Assistant on KaiOS will be rolling out later this year and will offer new voice input capabilities across the entire OS. The upcoming new devices running on KaiOS are important additions to the current smart feature phone market.

The Sanza from Orange will be available to consumers in 16 countries in Africa in April 2019. Ooredoo will launch a new KaiOS device in Qatar, while Energizer will launch eight new phones running on KaiOS in Europe, Asia, and Africa.

Together with Google, we’ve made a lot of progress over the past year in connecting the next billion people and providing them with access to advanced digital services, such as the Google Assistant. We’re really excited to see our partnership expand into many new countries and products running on KaiOS. Even more important, the capabilities of Google services on KaiOS devices are quickly getting more advanced and intelligent, making a meaningful impact in the daily lives of our users.