Samsung’s Unpacked event will kickstart tomorrow where the company will launch the S10 flagship series. We have come across various details about the flagships including the hardware specifications, the design of S10 and S10 Plus, and just we thought there’s almost nothing left for the imagination, the company is expected to launch an ‘Emotional LED Lighting Effect’ case for the S10, S10 Plus, and the S10 E.

Would you like an “Emotional LED Lighting Effect” with your #GalaxyS10e? pic.twitter.com/DvQV6m8h2e

While Samsung’s traditional flip covers are usually useful as they would display notifications and a clock on the front of your phone, the new LED covers seems less desirable because the LEDs are on the back. The glittery patterns look tacky at least from the renders. The notifications are only handy if the phone is laying face down. 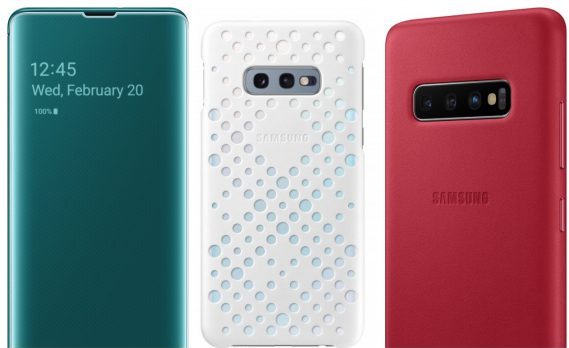 This cover presumably will be powered from the phone’s inductive charging system given that’s what the past versions have done. It might use a bit your battery to sparkle the LED effects on the back of your phone. Since Samsung is launching three models of S10, it will be available for all variants and might cost somewhere around $50-$100. Apart from the LED rear case, Samsung will also introduce a new pattern cover and a leather case in different colors. These including the traditional LED Cover will be officially introduced at the Unpacked event on February 20th.