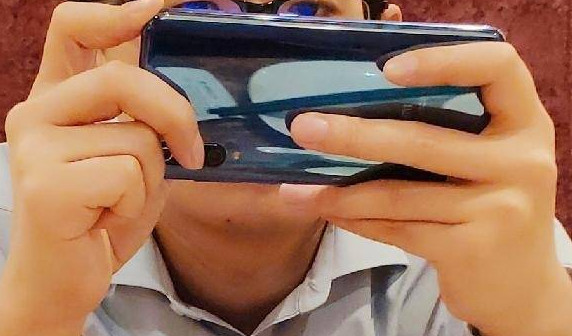 Few days back Xiaomi’s product director posted a photo of a smartphone with triple rear cameras on weibo, before removing it. Some users have managed to download it. This will likely be the Mi 9, the company’s upcoming flagship. The image confirms vertical camera arrangement, similar to the predecessor, and this doesn’t have a rear-mounted sensor, so it will likely feature an in-display fingerprint scanner.

Lu Weibing, who was recently appointed as the president of Redmi and VP after a meeting at Xiaomi’s R&D facility in Shenzhen said that there are huge expectations for the Redmi Note 7 Pro and the comapny is working on its flagship smartphone powered by Snapdragon 855. This will probably be the Mi 9 which is expected to be announced sometime in Q2 2019.

Xiaomi Redmi Note 7 Pro with Sony IMX586 and Snapdragon 675 is expected to be introduced sometime later this month or early next month. Xiaomi will also showcase its 5G-powered Mi MIX 3 powered by Qualcomm Snapdragon X50 5G modem at the MWC on February 24th.