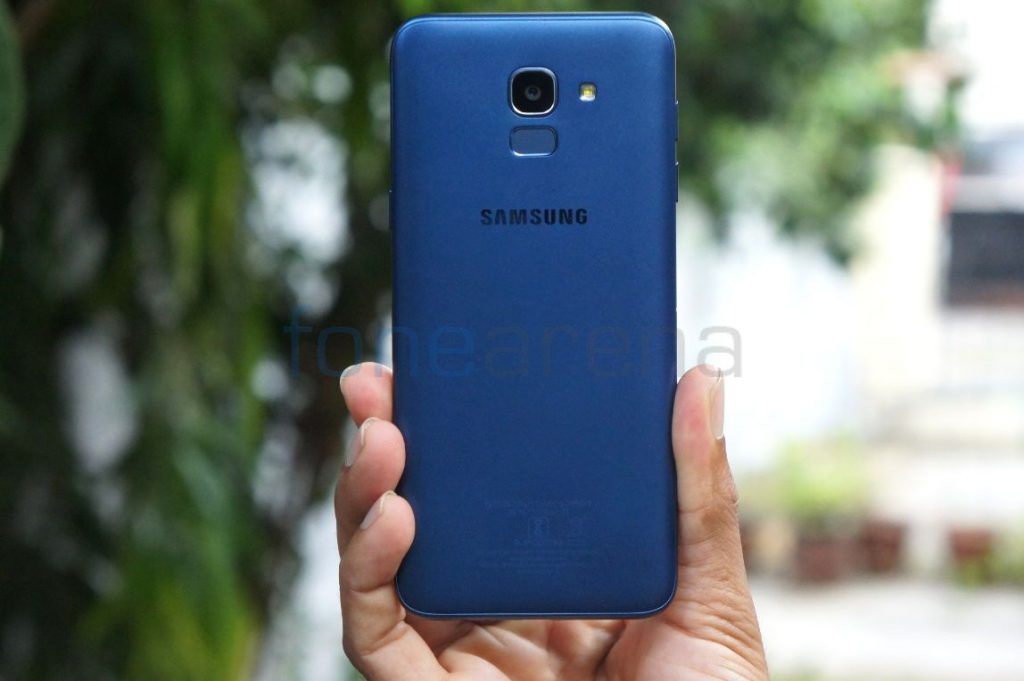 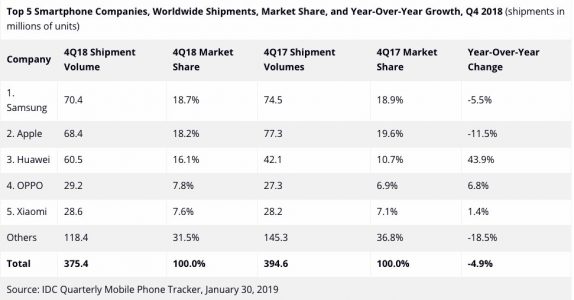 With challenging market conditions, Q1 of 2019 is also expected to have a decline further. China, which is the largest focal point for smartphone shipment continues to downfall, thus pushing the recovery further forward. The Chinese market which accounts for roughly 30% of the world’s smartphone consumption, had an even worse 2018 than the previous year with volumes down just over 10%.

High inventory continues to be a challenge across the market as is consumer spending on devices, which has been down overall. Chinese vendors like Huawei, OPPO, vivo, and Xiaomi – grew their share of the China market to roughly 78%, up from 66% in 2017.

On a worldwide basis, the top 5 smartphone companies continue to get stronger and now account for 69% of smartphone volume, up from 63% a year ago. If vivo is included, which is currently number six and has been in and out of the top 5 in recent quarters, the share of the top companies is 75% and growing.

Samsung’s market share declined 5.5% in Q4 2018 with total shipments of 70.4 million units. While this was enough to maintain the top position for the quarter, its share once again fell below 20% to 18.7%. Apple has witnessed a drop in volume; 11.5% in Q4 2018 marking it one of the more challenging iPhone quarters in terms of growth, despite the three new models. The total iPhone volumes were down 3.2% for the full year, which is understandable considering its two largest markets (the United States and China) both experienced the worst year for smartphone performance ever.