When it comes to purchasing a smartphone, the majority of Indians consider the latest specifications or feature at a lower price as the main factor. To make it more clear – huge RAM, great processing power, good battery life and of course the amazing camera is preferred.

While there are hit and miss with few manufacturers, there is OnePlus which checks all the boxes and for the right reasons. As a result, OnePlus has emerged as the best selling premium smartphone brand in 2018 in India, according to Counterpoint Market Monitor Service. 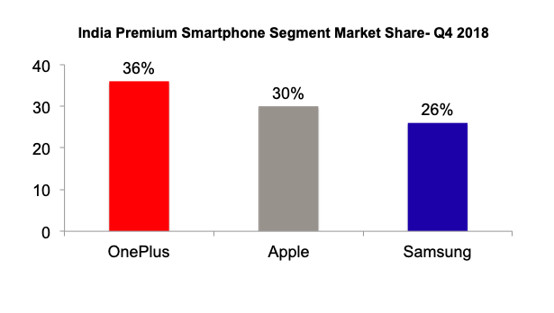 This was driven by strong demand of its latest OnePlus 6T during Diwali festive season. The momentum continues even after the festive season due to strong word of mouth and product feedback from the end users.

Its latest expansion into offline space along with experience stores will help it to reach potential user base in coming quarters. Notably, OnePlus 6 was the highest-selling model in the premium segment in 2018 followed by OnePlus 6T. OnePlus was also the fastest growing premium smartphone brand annually, growing at 85% YoY. During Q4, OnePlus 6T helped the brand to widen the market share gap with its nearest competitor which is now at 10%. 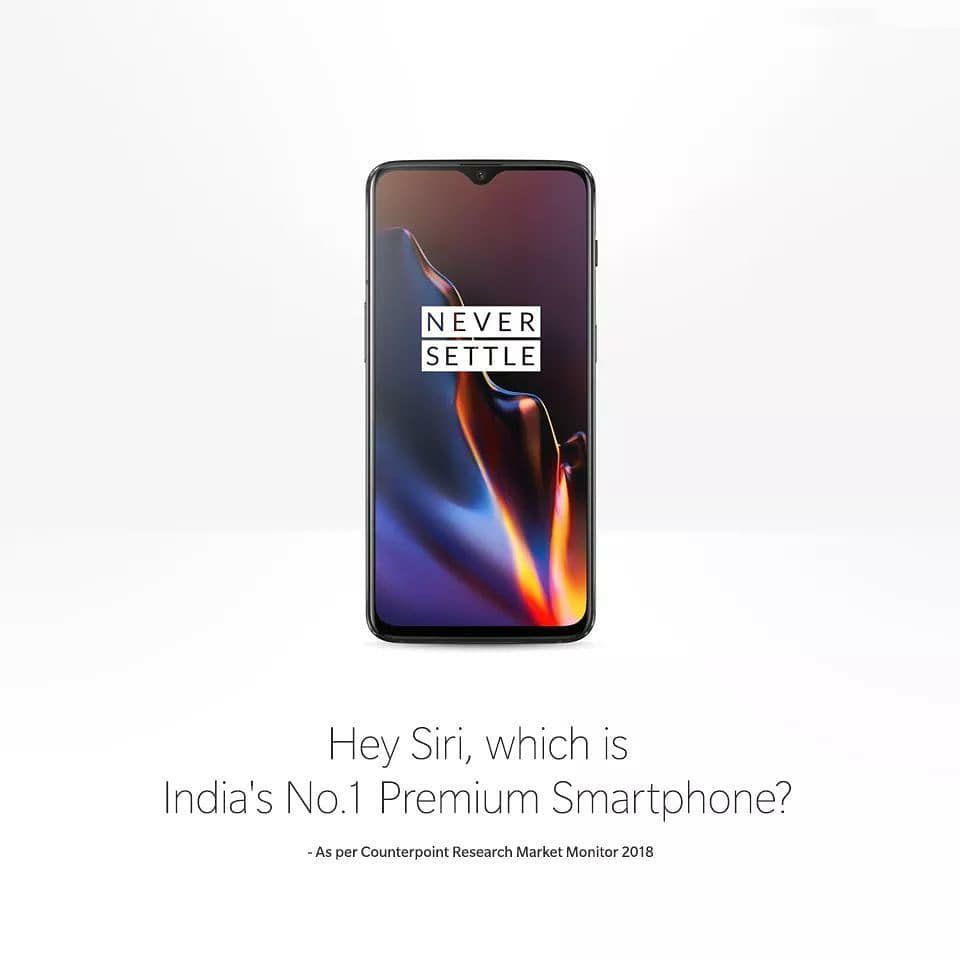 Surprisingly, OnePlus too gets in on the trolling fun with its new Instagram post, shooting directly at Apple’s face. Not long ago, OnePlus took a dig at Apple saying, “Hey Siri, which is India’s No. 1 Premium Smartphone?”