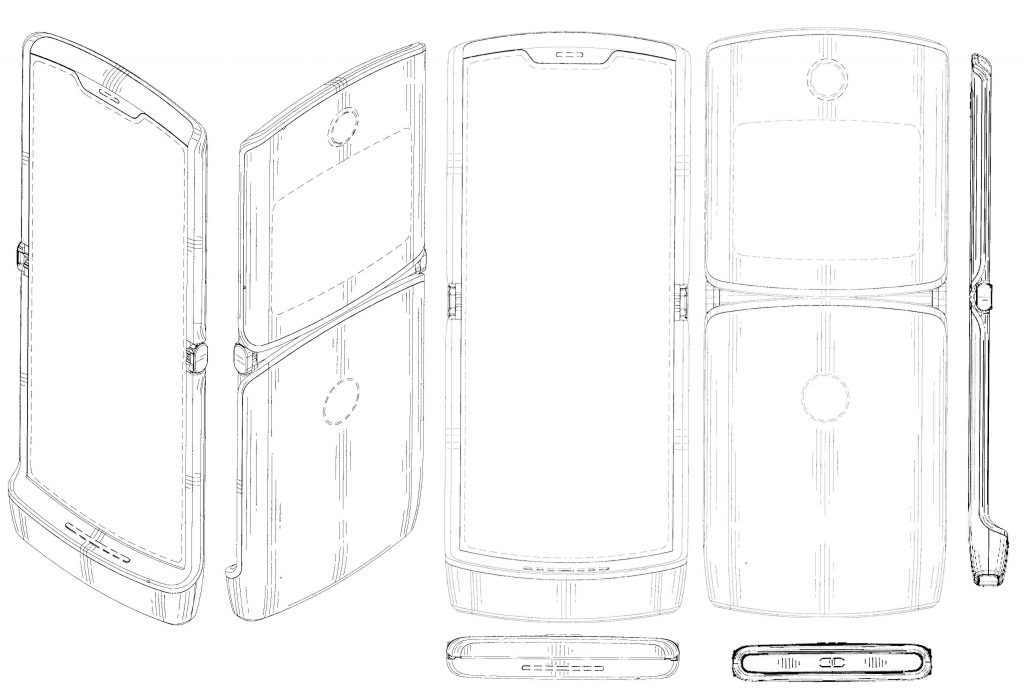 Lenovo-owned Motorola is said to be working on reviving the RAZR series with a foldable display. The device is even rumored to go official in February, now we have our first look at what looks like Motorola RAZR courtesy of a recent registration with the World Intellectual Property Organisation (WIPO).

The design was filed on December 17th, 2018. It shows a device with a folding screen on the inside, alongside a second smaller screen on the outside. Though the RAZR name does not appear anywhere on Motorola Mobility’s registration, cut  the design bears resemblance to the iconic handset. Where the combination of screen and buttons were present on the old design is now replaced by a single long, folding screen.

Commenting on the revival of RAZR phone, the RAZR V3’s co-designer Paul Pierce said: “there was an opportunity” to resurrect the old phone, but that “it can’t be done just for a gimmick or something of that nature. We’ve got to figure out how to deliver a breakthrough.”

Since the foldable smartphones are the next breakthroughs in the mobile industry, the timing couldn’t be any perfect. Earlier rumor said that it will launch in the US exclusively on Verizon at a $1500 price tag. Sadly though, we don’t know much about the specifications or hardware aspects of the phone.